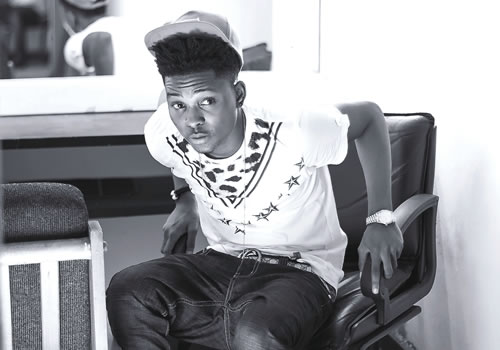 The wait is over! The music can now flow! That was Bugatti Records artiste, Sossi’s message to his fans as he makes a return with another hit single, Kalikatumi.

After almost a year break from music, Bugatti Records (BRG) act, Sossi has returned with a bang. The wait, according to the Sebee crooner, was necessary in order to come back in a special way.

While he was away, his contemporaries in the music industry banked on the absence of Sossi and established themselves, released hit songs and some of them even dropped albums.

But Sossi, on the other hand, was unruffled. He stayed real to his game and ensured that his fans have the best of it when he finally makes his return.

His new song Kalikatumi was dropped to the delight of his fans on Friday and those who have listened to the song gave kudos to the young man for putting his music career back on the track with the new track.

Having realised that education is key to success in life, Sossi whose last song, Sebee remix, featured two heavyweights in the industry-Olamide and Oritsefemi, has been busy with activities in school but that was not enough to stop him from pushing his music career to the next level with the help of his team, headed by King P, United States-based owner of BRG.

According to Sossi, “I am extremely joyous that we are finally pushing this song to a meaningful level. Eveybody has been waiting for it and we have released it on Friday. The work has begun now and there is nothing stopping us from taking the industry by storm. I want to thank my fans for waiting for the song and I hope that this will put an end to the doubts in their minds.”