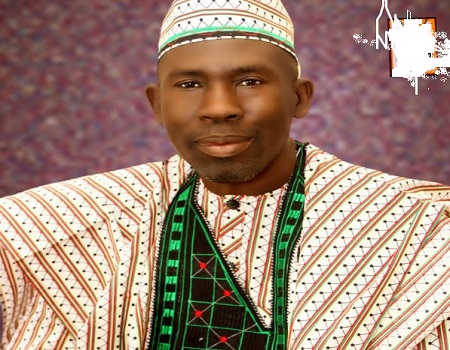 Gambo who was reacting on Thursday in his office, to the statement made on Monday at the floor of the Senate by Sen. Muhammad Ali Mdume representing Borno South, proposing the federal and states government to reduce salaries of civil servants to enable the government to manage COVID-19 and be balanced on its economy.

The state NLC boss said such an idea was purely devilish, capable of subjecting the citizens into poverty and must not be accepted.

According to him, Nigerians have found themselves in a vulnerable situation that deserves an extra income to enable them to meet up life challenges.

Gambo said palliatives have not been given to Nigeria civil servants which majority of them are finding difficult to Carter for the needs of their families as every activity of livelihood have been grounded, caution that such idea should not be discussed as it would create a crisis that would have a negative effect on the economy of the nation.

He said the idea if accepted would create an unending crisis between workers and the government.

“This idea is devilish, we can’t accept it and it should not be accepted by any Governor or President Buhari.”

If the government is finding difficult to tackle COVID-19 financially then, other projects should be put to hold.

“We have just finished battling the review of minimum wage matter, we do not want to be in crisis with the government again.” Peter Gambo expressed.

EDITORIAL: The Story Of Majek Fashek
BY the time he died on June 1, aged 57, Majekodunmi Faseke, or simply Majek Fashek to his distraught fans all over the world, had lived his life to full circle. Of course, he was not an old man, but he had arguably seen it all. From the low, deprived, humble beginnings of childhood and the boisterous struggling years of adolescence to the peak of prominence and global fame, then back to the ebb of existence, Majek Fashek had seen it all. Not many older persons could claim to have fumbled and tumbled through life than the man fondly referred to as the Rainmaker… Taraba NLC Taraba NLC Taraba NLCRead full story

Our students are not on campus, institute debunks reports it defied school closure order