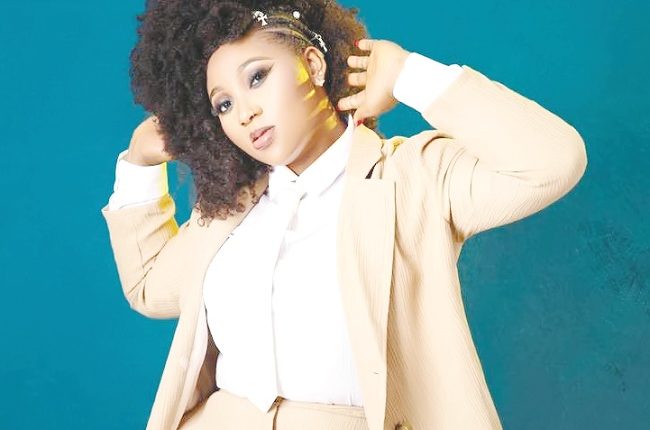 Not relenting on her desire to release songs for her fans globally, multi-talented singer, songwriter and entertainer, Olasunkanmi Rehanat Alonge better known by her fans as Sunkanmi, has released her first ever Extended Playlist (EP) titled  ‘Body language’.

Speaking on the project, the beautiful singer who recently took a long break from spotlight in order to enhance her creativity thereby adding a new skill to her skill set as production and sound engineering expert disclosed that ‘Body language’ is an embodiment of the finest set of producers in the music industry carefully crafted by ace producers like Young john, Phantom, Pjay and FreshVdm.

The six-tracker EP consists of songs that include, ‘Understand’, ‘Sugar Loving’, ‘Body Language’, ‘With You’, ‘Back Then’ and ‘No No’. The entire project was however coordinated by Pjay, Olawale Machirano, Akeem Adisa, Hassan Alonge and mix/mastered by STG and Indomix.

It is, however, pertinent to note that the visual for the lead single (Body Language) on the EP was directed by TG Omori (Boy Director) and is currently available on all music platform and enjoying massive airplay.

Sunkanmi rose to recognition in 2015 when she released ‘For Body’, a song which had her enlisting the collaboration effort of a popular Nigerian musician artiste Olamide. She is currently signed to ‘Hit The Ground’ records under which she has released numerous singles.

In spite of the huge investment in the water sector by the government and international organisations, water scarcity has grown to become a perennial nightmare for residents of Abeokuta, the Ogun State capital. This report x-rays the lives and experiences of residents in getting clean, potable and affordable water amidst the surge of COVID-19 cases in the state…Sunkanmi explores various sounds  Sunkanmi explores various sounds