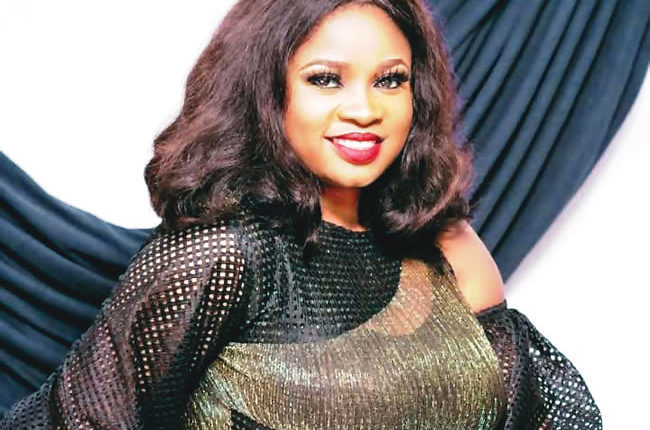 Semirah Balogun is a TV host with an undeniable professional touch of excellence. In this interview with Faith Adeoye, she speaks on her sickle cell project and how her short film will help educate people on the suicidal attempts of gambling with genotypes.

What motivated your interest as a TV host? Was it something you have always wanted to do?

What I always dreamed of is becoming is a storyteller. I remember when I was in my Junior School in Benin; my classmates would ask me to tell them Yoruba Stories. I would go on and on without end only to open up that I only made it up but they always say they enjoyed it and wanted more. The quest to be a TV host is a product of a call received from a friend whom at that time worked in a TV Production Company to make myself available for an audition. I got there, read the script and I got the job.

Why did you stop?

Well, the producer decided not to continue it for reasons best known to him.

What is your Sickle Cell Project all about?

The project is a wakeup call to people who think sickle cell is child’s play. It is also worthy to state that various organisations have undertaken various campaigns in the same field for our warriors. However, the power of visuals cannot be underestimated, hearing and seeing has different effects on one as an individual, hence my conviction to do a short film with two cast members  to further educate people on the suicidal attempts of gambling with genotypes. It must be a case of IQ over emotions.

What inspired you to start this project?

The pain that I see warriors go through, especially my younger brother,  I wish there could be something to be done to permanently make it go away during various stages of crisis. So I thought I should start with the film.

What made your approach to this project different from what others have done?

I haven’t seen a lot but the few I have seen dwell more on how unfair life has been to our warriors and how they deal with it.

What I have done is to let people know there are options but bringing an innocent child into the world to suffer is not one.

What more should we be expecting?

I intend telling stories that will help proffer solutions to the social issues Nigerian youths are facing. The one to come after this is drug and substance abuse.

Tell us about yourself and your childhood experience?

Semirah Balogun was born in the 90s when the movements such as grunge, the rave scene and hip hop spread around the world to young people aided then by new technology such as cable television and worldwide web. All these allowed me have a fun-filled and adventurous childhood. I am also the only daughter in the family of five, the first child, thus making me Alpha female and it also kind of contributed to who and what I am today, in terms of my drive, policies and of course  vision.

Why I ventured into movie production —Foluso Lala

Beauty is not about aesthetics —Nashaira Belisa