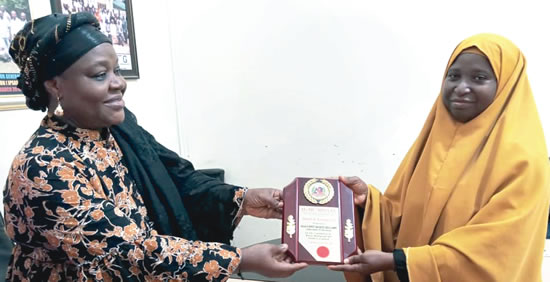 THE Auditor General, Federal Capital Territory (FCT) Area Councils, Hajiya Kudirat Abdul-Hamid, has advised Nigerians to be of benefit to others in whatever capacity they find themselves and with whatever goodness Allah has blessed them as this would earn them enormous reward from the Creator.

Abdul-Hamid gave this advice while receiving members of the Abuja zone of Al-Mu’minaat (The Believing Women) Organisation who paid her a courtesy visit in her office in Abuja recently.

According to her, service to humanity should be a priority for everyone regardless of religion, ethnic or socio-economic class so that “our society” could move forward.

Hajiya Abdul-Hamid noted that love and compassion would reign in an environment where people lend a helping hand to one another as this would go a long way to curb kidnapping, killing, armed robbery, among other evil acts such as that have continuously threatened the peace and security of many communities in the country.

She said that her many efforts in human, economic and social development of the society was borne out of her conviction that the nation would prosper if everyone contributes with whatever assets they possess, either tangible or intangible.

She promised to continue to utilise her skill and talent in assisting humanity.

The FCT Auditor General for Area Councils congratulated Al-Mu’minaat for championing the cause of knowledge and morality, especially among the womenfolk. 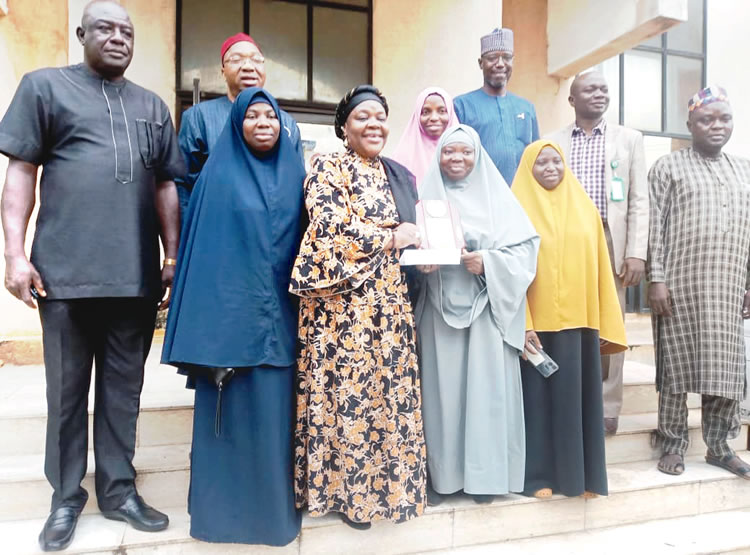 She urged the group not to relent in her efforts at enlightening `the people and inculcating positive virtues in them for the betterment of the society.

The amirah (head) of Al-Mu’minaat, Abuja Zone, Hajiya Mutiah Adedayo, called on the people not to lose focus of the goal of their creation by Allah, which is to worship Him and live by His injunctions.

Hajiya Adedayo noted that the purpose of the courtesy visit was to appreciate the giant strides of the Auditor-General in the development of women in particular and humanity in general which she said had earned her accolades and recognition from far and wide.

She added that the Auditor General had demonstrated excellence in both official and private circles and it was proper for such a person to be celebrated.

The secretary of the faith-based organisation, Hajiya Baseerah Abdul Azeez, said Al-Mu’minaat was proud to associate with persons of Hajiya Abdul-Hamid’s caliber who are ready to sacrifice anything for the growth of their society.

The Director of Administration in the office of the Auditor General, FCT Area Councils, Mr Akuezuilo Innocent, charged religious institutions to do more in stemming the tide of immorality in the society.

The office’s Head of Operations and Investigation, Alhaji Idris Bisalla, commended the Auditor-General for her fairness and selflessness and for prioritising the welfare of workers in running the affairs of the office and prayed for Allah’s blessings for her.

Part of highlights of the occasion was the presentation of an award of excellence to the Auditor-General by Al-Mu’minaat.