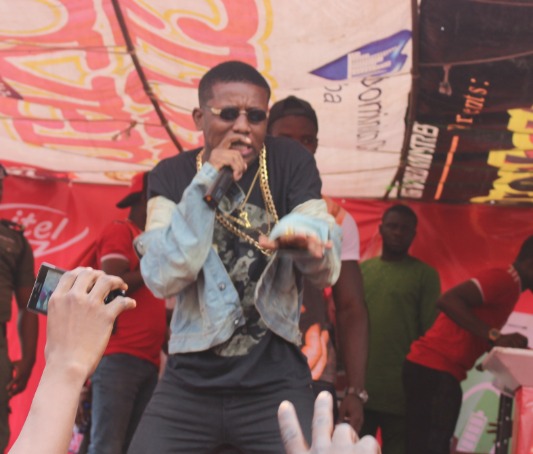 The event, which was tagged #P51MarketLaunch, featured power games, as well as music performance from sensational artist, Small Doctor.

The itel P51 is a smartphone with lots of remarkable features, chief among which is the 5000mAh battery that enables users to use their phones for three days on one charge.

This function, itel mobile, says would delight a lot of mobile phone users in Nigeria.

The leading phone brand in Africa said aside the highlighted 1 charge for 3 days features of the itel P51, it also comes with a 5.5-inch HD screen, 8MP back camera, as well as the power bank function, where users can use the P51 to charge their other USB devices.

Speaking at the launch, Marketing Communications Manager, itel Mobile Nigeria, Oke Umurhohwo said, “We are very proud of our latest Smartphone and also this grand launch of the P51, which would be the first of many launches from itel. itel P51 is a powerhouse with long battery life.

“We are resolving the biggest pain point of phone consumers in Nigeria, which is the worry of running out of power. With itel P51’s 1 charge for 3 days, this phone allows you to work and play uninterruptedly.”

According to Umurhohwo, customers can purchase the phone on all major retail stores across the country while Etisalat offers itel P51 users free data as it is with all other itel smartphones.

I would have burnt my PDP card ―Fayose