How Senate Rules are evolved and reviewed 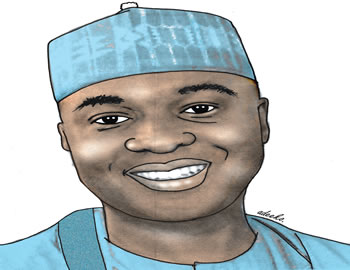 Since the issue of how Senate Standing Orders can be changed has been subject of both ongoing civil and criminal litigations, which are now threatening the freedom of the presiding officers and the independence of the institution itself, it is pertinent that one addresses the question of how does the Senate generate its rules and how does it amend it?

Starting from June 1999, when the fourth Senate was inaugurated, the convention has been established that the bureaucracy, that is the Clerk of the Senate and his staff, prepare the Standing Order with which the Senate will be inaugurated. The rules contained in the Standing Order may or may not be adapted from the one used by the previous Senate, and also with or without some changes. That is why the Senate rule book provides for the process of amending the rules so that after the Senate has been properly convened and inaugurated, members can use the provision to put the rules in the shape that represents their interests. The current Standing Order in use has the provision for amendment in Order 110 (1-5).

It should also be noted that the Standing Order used by a previous Senate is deemed dead with the Senate that adopted and used it. That is why all the Standing Orders, except the one first used to inaugurate the fourth Senate have the label ‘as amended’. After a Senate is dissolved at the end of the tenure by the presiding officer, the rule book dies with it. On the day of inauguration of a new Senate, the first thing that is done is for the Clerk of the National Assembly to read the Proclamation Order by the President of the country. The reading of the President’s Proclamation Order breathes life into an hitherto dead Senate and brings it alive.

Then the Clerk will make a roll call of the senators present and confirm the writs of election as well as declaration of assets and liabilities of senators-elect in alphabetical order. After this, the Clerk will call for nomination of candidates for the office of Senate President.  Each nomination made by a senator-elect must be seconded by another senator-elect.  The senator-elect so nominated must indicate his acceptance of the nomination. After the close of nominations, it is either the sole candidate is led to the elevated chair of the Senate President by his nominators to be sworn -in as it  happened in the case of Dr Bukola Saraki or where there are two candidates, the senators-elect go on to vote for the candidates so nominated.

In Saraki’s case, he was the sole nominee. So, whatever provision guiding election was not activated on June 9, 2015. The oath of Allegiance and Oath of Membership are then administered on the Senate President-elect by the Clerk of the National Assembly. Having been sworn in, the new helmsman returns his acknowledgement to the Senate for the honour conferred on him. He then goes ahead to sit in the chair. The mace which hitherto had been laid on the lower bracket is then laid on the upper bracket of the table.

The implication of the above procedure is that no senator can, before or at the first sitting influence the procedure or the rules to be used. The senators as at that time are inchoate. They are still senators-elect with no role, influence or power to effect changes or their will on the senate. That remains the prerogative of the Clerk of the National Assembly or the Clerk of the Senate. The clerk is also free to use his discretion, since it is known that after the Senators-elect are sworn in on the inauguration day, any senator who does not like any provision in the Standing Order can initiate or activate the process for amending the said rule.  Order 110 mentioned above empowers “any senator desiring to amend any part of the rules”. It does not talk of a senator-elect.

Again, the Senate can adopt the provisional Standing Order presented to it on the first day by the bureaucracy and therefore it remains the Standing Order of the institution. Now, how does the above stated explanation apply to the case of forgery instituted against Saraki, his deputy, Ike Ekweremadu, Clerk of the National Assembly, Alhaji Salisu Maikasuwa and his deputy, Mr. Ben Efeturi?

First, the Standing Order used by the seventh Senate is deemed dead with that Senate. Also, the copies of the Standing Order distributed to senators-elect on June 9, 2015 during their inauguration was prepared, and rightly so, by the National Assembly bureaucracy. Since members of the eight Senate had the opportunity to amend the provisions of the rule book entitled ‘Senate Standing Orders 2015 As Amended’ after they have been inaugurated and nobody has initiated the procedure for amendment, then it is deemed that they have adopted, accepted and endorsed what was initially the creation of the bureaucracy. The issue of forgery can therefore not arise as a man cannot forge his own signature.

Also, forgery can only exist where there is an original and a fake. The present Standing Orders of the senate have no fake version. Only one version exists. Some of the aggrieved senators who are not happy with the emergence of Saraki and Ekweremadu as Senate President and Deputy Senate President respectively once raised their dislike for certain provisions of the Standing Order now in use on the floor and since the motion was unpopular, it was overruled by the majority. At that point, the Senate only once again confirmed that it has adopted the Standing Order which has now been operational for the past 13 months.

Also, with the procedure stated above, it is clear that no senator-elect can influence the content of the standing order. They actually have no say on it. Even, if a senator-elect could have a say, definitely Saraki who was not a member of the leadership of seventh senate did not have the influence or power and reach to direct what should happen. It should also be noted that the said Order 3 (3)(e) (ii) which is said to have provided for secret balloting instead of open show of hand as provided in the Standing Order 2011 was not used in Saraki’s election to the office of Senate President. He emerged unopposed under Order (3) (c) which is consistent in all the previous rules.

The decision to now put Saraki and the others on trial was a simple game by the Attorney-General of the Federation, Mr Abubakar Malam who was a lawyer to the aggrieved senators before he was appointed to his present office to help his clients achieve what they could not do on the floor of the Senate and what may not be possible with their civil suit.

Russia 2018: No Nigerian coach can handle Eagles to qualify —Owolabi

The Senate and forgery case