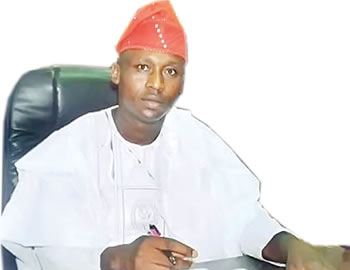 The Senate, on Sunday, expressed outrage at the murder of a member of the Oyo State House of Assembly, Honourable  Gideon Aremu, representing Orelope constituency and called on the police to thoroughly investigate the incident with a view to bringing the culprits to book.

In a statement signed by the chairman of its  Committee on Media and Public Affairs, Dr Aliyu Sabi Abdullahi, the Senate said though the untimely and unfortunate death of any Nigerian should be prevented, condemned and investigated, it stated that legislators by nature of their responsibilities should be free to mingle with people and move about at any point in time in response to calls by their constituents.

It also added that the murder of the  lawmaker sends a wrong signal to the local and international communities about the state of security in the nation, adding that many people would ask the question that if a lawmaker was gruesomely murdered with ease, how safe could a visitor or ordinary people be.

“Legislators across the world are becoming endangered specie. Before the murder of Honourable Aremu in Nigeria, we have seen the gruesome killing of Jo Cox, the British member of Parliament who was murdered while campaigning for retaining Britain in the European Union. This only shows that legislators like every of their constituents are more vulnerable in an insecure environment.

“That is why we call on the police and other security agencies to intensify their crime prevention and detection activities. If police can foil assassination attempts and unravel cases of murder within reasonable time, it will serve as disincentive and deterrent to those who perpetrate evil deeds.