Why they say Buhari is sectional 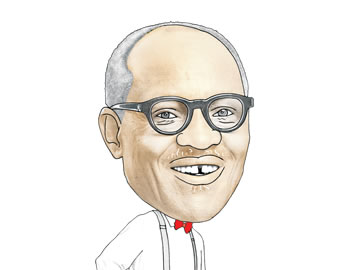 AA lot has happened on the political horizon since this column took an unannounced break two weeks ago. It was a force majeure sort of a break and that accounts for the inability to alert stakeholders.

In recent weeks, we have seen the increased onslaught on the Ekiti State governor, Mr. Ayodele Fayose, by operatives of the Economic and Financial Crimes Commission (EFCC), the siege and eventual arrest of the former Deputy Governor of Osun State, Senator Iyiola Omisore and the saga in Abia state, which as we speak, is threatening to foist two governors on the state.  In one breath, the Niger Delta Avengers (NDA) retreated a bit but they have since resumed hostilities, bombing oil installations at will.

On Wednesday, while trying to engage the Avengers, as the man who wears the shoe and knows where it pinches, President Muhammadu Buhari threw up the critical question about Nigeria’s unity, which he declared non-negotiable like the presidents before him. While addressing residents of the Federal Capital Territory (FCT), Abuja, who paid him the traditional Sallah homage at the Presidential Villa, Buhari aimed a jibe at the NDA when he insisted that Nigeria’s unity was not negotiable.

Buhari recalled the slogan adopted by the military in the late 1960s, in the thick of the Nigerian Civil War and declared that the slogan “Go On With One Nigeria (GOWON),” remains apt at this time. He also appealed to the militants to give Nigeria a chance. He assured them that his government would ensure fairness in handling federal resources. “Nigerian constitution is clear as to what they should get and I assure them there will be justice,” the president was quoted as saying.

Coming on the heels of the series of social media posts, which question Buhari’s fairness in making appointments, the statement above cannot be timelier. But is the president walking the talk? As one of those who participated in the civil war, you want to believe that the president understands the issues at stake and can easily interrogate issues of national unity. But the President sowed what looked like the first seed of disunity when he announced the composition of his kitchen cabinet. By picking his core staff from mainly the North-West and North-East, he had broken the first law and opened himself to suspicion.

Though many who attempted to come to his aid then offered different alibis, including the silly excuse that he would balance the appointments through the ministerial nominations, none provided real assistance to the president’s image. The Constitution has already settled the issue of ministerial nomination; each state must have at least one nominee.

Some of those who rose in defence of the President said he was free to pick those he could “work with” as personal aides. They equally promised that Buhari would balance his appointments among the contending forces. More than one year on, the fears of domination, marginalisation and nepotism are apparent each time the Presidential Villa announces new appointments.

To those who may think that discussion such as this is out to promote sectionalism in defiance of the “one Nigeria” mantra, let me refer them to Section 14(3) of the 1999 Constitution as amended, which makes it a point of duty for Buhari to balance all his appointments among the states of the federation and ethnic configurations.

Section 14 (3) of the 1999 Constitution reads: “The composition of the Government of the federation or any of its agencies and the conduct of its affairs shall be carried out in such a manner as to reflect the Federal Character of Nigeria and the need to promote national unity, and also national loyalty, thereby ensuring that there shall be no predominance of persons from a few States or from a few ethnic or other sectional groups in that Government or in any of its agencies.”

Going by the above, it won’t be out of the way to give some credit to those making different posturing against the president’s recent appointments on the social media. That the president would give 14 out of 17 key posts in a particular sector to the North is absurd. It doesn’t matter whether you are a nationalist or an agitator.

The composition of the Management Board of the Nigerian National Petroleum Corporation (NNPC) and the Police Management Team, as announced last week, also failed to prove Buhari’s nationalistic credentials. The appointments were all lopsided in favour of the North. I was told by an elder that you dress your wound, you do not poke needle into it. We are aware that Nigeria has a challenge of fostering unity and that is why such an area should be delicately protected. Not a few are quick to recline to their ethnic cocoon at the slightest chance, but it behooves the president to give everyone a sense of nationalism by deliberately promoting such in his appointments. That is the simple demand of the 1999 Constitution he had sworn to uphold.

Some of us would say it doesn’t matter where any appointee is from, as far as he or she can deliver. That is right, but the Nigerian state has already recognised and puts into practice indices such as Educationally Less Advantaged States, Quota System and other forms of Federal Character in making appointments into all federal agencies and institutions. We cannot now jettison those indices when appointing heads of agencies or parastatal-agencies.

Buhari, NASS and the Electoral law

Buhari’s walk around the mountain of files

Three years of Buhari: What has changed?