Save us from land grabbers, Agbamaya community begs IGP 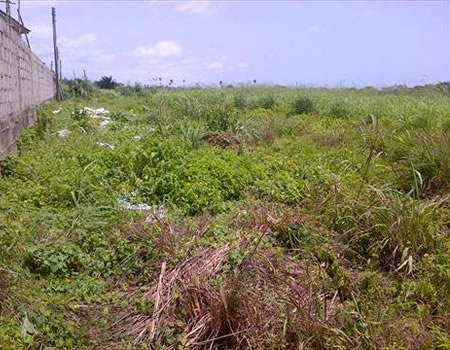 Leaders of Agbamaya Village, an agrarian community in Obafemi-Owode Local Government Area of Ogun State, have asked the Inspector-General of Police not to allow land grabbers take over 950 acres of land belonging to the community.

The community also demanded an immediate intervention of the police hierarchy and other relevant authorities to prevent loss of lives and property.

The plea was made against the backdrop of constant threats to lives and property which resulted in the arrest and brutal attacks on the Olu of Agbamaya, Oba Ismail Sokunbi.

Oba Sokunbi and two other subjects sustained injuries during the attacks.

Speaking on behalf of chiefs and people of the community, the Baale of Agbamaya-Oke, High Chief Olujare Oyebade said, “Surveyors were brought into Agbamaya Village as a prelude towards selling the parcels of land to unsuspecting members of the public. And this is against the Ogun State Anti-Land Grabbing Law 2016. Based on this, our monarch, Oba Ismail Sokunbi wrote a petition to the Commissioner of Police in Ogun State.

“But, in August this year, these land agents came to Agbamaya village and started beating and dehumanising our people, including our revered royal father, Oba Ismail Sokunbi to the extent he was hospitalised at the Federal Medical Centre, Abeokuta and the perpetrators later came with fictitious case of theft against Oba Sokunbi  and other village members.

“This warranted the arrest of the monarch and others.

“We have submitted several petitions to the office of the IGP in Abuja which were acknowledged by the IGP Principal Staff Officer, DCP Idowu Owohunwa, but some influential forces have been trying to jeopardise the whole process.

“They are subverting the whole process and frustrating the Agbamaya people’s efforts to get justice, we can only appeal to the Inspector General of Police, Mohammed Adamu, to look into the merit of the case and ensure that justice is done,” he added.

Nigerian music industry not as diverse as expected — Tomide