Nigerian music industry not as diverse as expected — Tomide 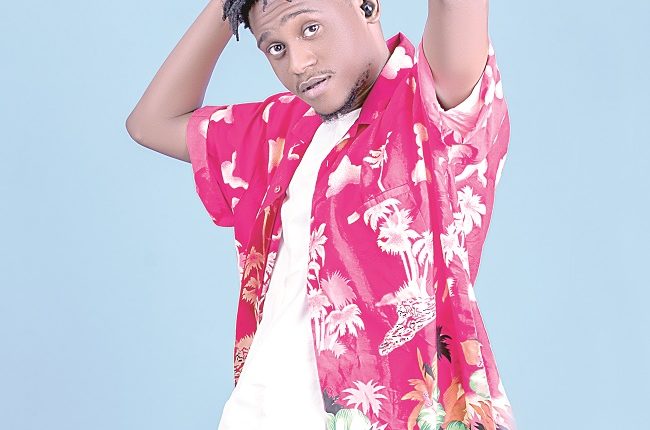 Tomide ‘the skinny nerd’ is one of the latest crops of talents making waves on the music scene. He recently released an EP which got good reviews from music critics in the industry. ROTIMI IGE had a chat with him a few days ago and presents excerpts of their interaction.

Tell us a bit about yourself and early years.

I was born in Lagos, Nigeria and spent my early years living in Ojo before moving to Igando, also in Lagos when I was around seven. I spent a lot of my childhood playing video games and watching cartoons. Till today, I’m still a huge lover of video games. I grew up with two siblings, of which I am the last child. I’m currently living in the United Kingdom.

How did you discover yourself?

To be honest, I have always loved music. From when I was like four years old, I would write lyrics and perform in front of my siblings, but it wasn’t until I was in University that I finally took it more seriously. I started off rapping and I was beginning to turn heads. That was when I knew I had something special.

For how long have gone professional now? How has the experience been?

I released my first song in 2013 when I was quite young. And I released a joint E.P in 2015, but after that, I took a four year break to discover myself before returning in 2019 with a body of work titled; The Middle Story.

The experience has been weird. I’m typically a very laid back person and sometimes that personality clashes with my music. But I’m glad the music is finally speaking for me.

What are the challenges?

Lots of challenges. From Money to getting proper production, and then to music marketing. I got rejected by labels, lost money and even battled depression. But I’m an optimist, so i always believed things would work out.

You are next rated in the music industry. What are your plans to carve a niche in a saturated industry?

What kind of music defines your artistry?

It is a blend of EDM, lofi trap, and afro-beat. I don’t have a name for it yet but when I do, I’ll make sure you guys are the first to know. Lol

If you have the power to change anything in the music industry, what would they be?

Secondly, I would make the industry a little less monopolistic because sometimes I think the industry is not as diverse as it should be. We have a few artists and few genres of music which dominate the charts and while this is slowly changing, it would be nice for more diversity in the industry.

Let’s talk about your latest project, Moods. The 5-track EP dropped recently, what was the journey like for you while creating the EP?

It was a labour of love. Most of the E.P was recorded in like two months but the creative process started as far back as 2017. All the songs were written on the edge of love and they were mostly inspired by true stories.

Each song tells a different story, which of them is your favourite and why?

My favourite song is probably ‘Best friends’. Writing the song was a challenge and I think it helped me show more range and diversity. It is also an absolute bop and I like how it doesn’t have the typically verse-chorus-verse structure.

What’s next for you?

It’s not a lie but I don’t think it is a bad thing. Inspiration must come from somewhere and considering the genre of most Nigerian songs, it only makes sense that the inspiration comes from the beats. There is a reason it‘s called Afrobeats.

If not music, what would you be?

I’d be a creative, a writer or most likely a software engineer.

What is your projection for the next five years?

Musically, I  want to share more of myself. I want to be more expressive and I want to make evergreen music. In five years, I want to be able to command a crowd and host a show anywhere in the world. But I think my biggest target in the next five years is to do what very few Nigerian artists have done and win a Grammy.

Your best five songs at the moment if you were to create a playlist?

I’m tempted to list the five songs on my E.P but I will not.

My 5 best songs now are

Adeoluwa – Let me in

Brayne Zee – On and Off

Democratic candidate, Joe Biden has been elected President of the United States of America.Nigerian music industry

Kamala Harris made history on Saturday with her election as Joe Biden’s vice president, becoming the first woman, first Black American and first Asian American to win the second-highest US office.Nigerian music industry

Save us from land grabbers, Agbamaya community begs IGP