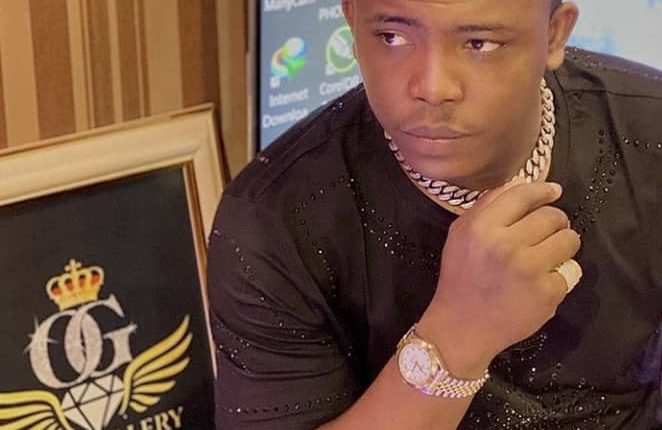 The Chief Executive Officer (CEO) of the Obis Gallery, Stephen Efobi Obiajulu, fondly called Obisgallery, has carved an niche for himself as an extraordinary jewel designer.

The 26-year-old jeweler, who has worked with the likes of Naira Marley and reality TV star, Tacha recently revealed that it is not by chance that he is into jewelry business.

“My family has a history in gemstones business and gold mining since as far back as my great-grandfather who was a gold merchant in Maiduguri where he grew up,” he explained.

Obisgallery said: “It became an inherited business line for my family. But over the years, we have improved on it, bringing us to this point where we run the business as Obisgallery.”

Asked the challenges he had to overcome when he started out in the tough world of entrepreneurship, the astute businessman said:” I had a plan and a goal and I stuck to it. Along the line while growing the brand “ObisGallery” I discovered that most clients and customers want to patronize brands that have recognition and all of that. So, I also made sure I balanced that aspect by working with so many of the known faces some of which are Naira Marley, Symply Tacha and so many other celebrities. I didn’t rush the process of growing my brand. I took every step one after the other.”

Obiajulu, who has a knack for spotting lucrative opportunities in the midst of difficulties said he had to overcome a myriad of challenges when he began his enterprise.

“I always encourage young entrepreneurs to believe in the process and trust the process. It might take a while, but it would surely yield positive results. Don’t give up. Stay consistent,” he said.

On the profitability of the jewelry business, Obiajulu offered an insight: “Every business, to be honest, is highly profitable. As seasoned business people often say, it’s the drive and hard work that makes a business.”
He said further: “I am fuelled by that drive and that’s what has brought me to this point today and that’s what is still pushing me.”
In other to strengthen the business on the continent, Obiajulu avowed that jewelers need to come together.

“One brand can’t build an industry. Gemstones abound on this continent; with the right mindset and coordination, we could double the wealth in the jewelry industry,” he stated.