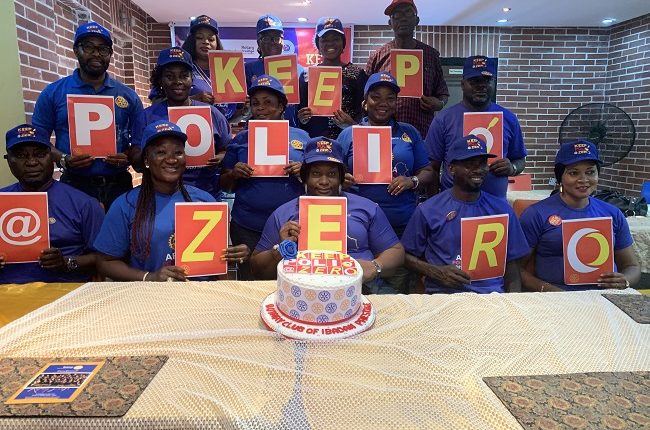 In commemoration of World Polio Day and celebration of eradication of the highly infectious virus common among children, the Rotary Club of Ibadan Prestige, held an event to mark the end of polio in Nigeria.

The event which held on October 24 coincided with the World Polio day and was tagged, “Keep Polio at Zero,” mainly focusing on the group’s contribution towards the successful eradication of polio in the country.

Speaking with Tribune Online, the Chartered President, Rotary Club of Ibadan Prestige, Mrs Folake Ladeinde, noted that the event was held in order to celebrate the World Polio day.

According to her, “the eradication of polio in the country wasn’t an easy feat, but Nigeria among the remain three countries (Afghanistan, Pakistan) in the world still battling the highly infectious diseases was able to triumph.”

She noted that Rotary contribution globally towards this course was one of the reasons Nigeria was able to eradicate the disease. She added that the next mission for the club is to make sure the disease stays eradicated.

“Rotary is service above self-organisation and through rigorous mobilisation, advocacy and strategic partnership, Rotary was able to achieve this magnificent feat of eradicating polio in Nigeria.” 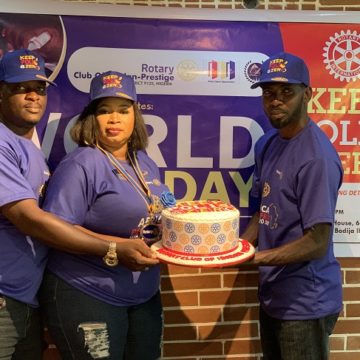 “Today, polio remains an endemic only in Afghanistan and Pakistan. But it’s crucial to continue working to keep other countries polio-free. If all eradication efforts stopped today, within 10 years, polio could paralyze as many as 200,000 children each year,” Ladeinde noted.

Recall that Nigeria, the last African country battling the virus was declared free from wild polio on August 25, 2020, having accounted for more than half of all global cases less than a decade ago.

Michael K. McGovern, chair of Rotary’s International PolioPlus Committee, had in a previous statement, disclosed that Rotary members in Nigeria have played an important role in ridding the country of the disease.

“Rotarians have been hard at work raising awareness for polio eradication, advocating with the government and addressing other basic health needs to complement polio eradication efforts such as providing clean water to vulnerable communities,” he said.

Notably, Polio is a paralysing and potentially deadly infectious disease that commonly affects children under the age of five. The virus spreads from person to person, typically through contaminated water which can then attack the nervous system.