Review of Ojerinde’s ‘Museum of Dreams’ 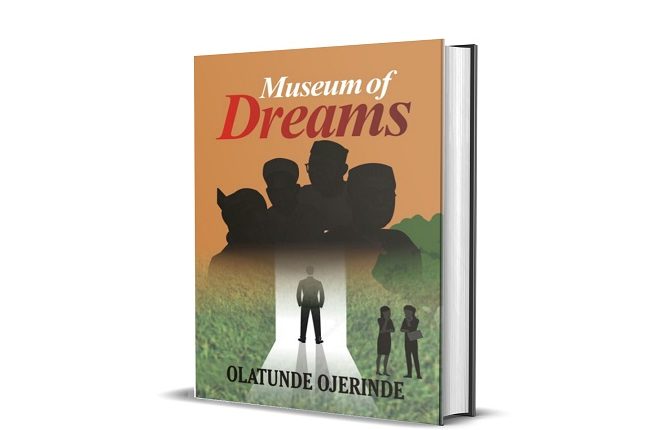 “…it’s an archive, of unfulfilled dreams. Somewhere to keep all the ambitions that never was. Imagine annals of a morrow that never came; a chronicle of visions that reach no human sight…All gathered in one hall of a dream.”

Museum of Dreams, written by Olatunde Ojerinde; a graduate of Literature-in-English and English Language from Olabisi Onabanjo University and the University of Lagos respectively, is an allegorical play which unravels varied shades of anomalies that have been evilly entrenched in all facets of the country, Igeria.
It bares the frustrations, agonies and despair of aspiring youths who strive to realize their dreams but met with tribal, ethnic and regional barriers mounted on their path by those who ought to set the trailblazing path for their rise to a fulfilment of dreams.
Youths’ dreams are truncated and unrealized due to warped and obscene sentiments of the tribe, faith, ethnicity and political affiliations. They play this anomaly card regardless of the suitability of the candidates for any position. The play unearths the despondencies of the youths who are straining every effort to reach the ladder of career choice. Out of frustrations, the dreams and lofty goals of dreamers turn mere ashes without any glimmer of hope in the offing.

Set in a fictional Igeria (Nigeria), the writer deploys the use of figures of speech as characters to drive home his points (Limerick, Simile, Zeugma, Xymoron (Oxymoron), Ironi (Irony), Itotes (Litotes) etc) and deftly uses relatable names that bear infamy in the Yoruba cosmology (Chief Ole and Barawu). Both names (Barawu and Ole) mean thieves and they act true to their names. The setting of the play, under the barren tree (regardless of the sides which make for a change of setting for each situation), underscores the sterility and unproductivity of efforts in the system of government that was operating, Demoass. Demoass is derived from the confluence of Democracy and an ass (a donkey) that can be ridden to the whims and caprices of the selected few at the expense of the masses. This, unfortunately, is a tell-tale reality of things in the country of the author, Nigeria. Nigeria and the system of government operative are tilted towards the benefits of ethnic regional groups at the helms of affairs despite the affordances or perquisites of the system of government which states the contrary.

These anomalies and fault-lines cut across all facets of the country. It matters not which ministries, departments or agencies but it writs large in all forms. For instance, religion and gender prejudice are smouldering gun-powders which are teetering us to the throes of implosion.
In the fictional country, Igeria, this is brought to the fore even within the ivory towers where merit, uniqueness and intellection should reign supreme:

Prof. Ironi: You see, it’s been a while I encounter such a genius. She’s extremely intelligent with a rare kind of confidence and daring ambition.

Dr. Xymoron: Isn’t that exactly what the university needs?

Dr. Tonym: She belongs somewhere else where she can cover and be covered. In fact, we should have a different university for her ilk and the bevvy of no make-up reborn.

Dr. Xymoron: So, she’s not a candidate for either of the positions?

These excerpts show what religion and gender factors can actively do in truncating dreams and turning them to ashes by those who are immersed in these unbridled sentiments. They see another religion as inferior or a threat to theirs and as such, dreams can be thwarted to feed their prejudice. It shows a travesty of what ivory towers should be: a melting point of “intellectual prowess and performances” regardless of religion nor gender.

However, it is mystifying that if it comes to sleaze or slush-funds, these differences do not come to play. The politicians align as long as their pockets would be lined. Religion is not a factor, neither is a tribe in as long their excesses are sated. They connect seamlessly even if it means grovelling.

Barawu: You’re of great help to people like us. We’re not jobless you know. We do no hold positions like CEO or anything close to that, unlike you…

Chief Ole: But we can’t do anything without you.

These politicians do not care about the younger generations coming behind them. They plunder, fleece our patrimony and gleefully play tribal games when the collective inheritance is to be shared. One of the frustrated character, LIMA, said: “…they strangled the dream long ago. Every great ambition was stabbed, left to die and rotten for their ever insatiable greed. They play games with our names: give job when you name rings the bell and give admission at the expense of merit because some names have tribal marks and ethnic colours.”

This drama piece enacts exactly the gory story of Nigeria with all her accommodating illness and vices as we have it today and it is symbolic with a clarion-call to all youths whose dream seem to be far-fetched or seemingly unrealizable owing to cheating, nepotism, injustice. The author, however, ignited the fire of radicalism to “take back the initiative for our own progress and the progress of this nation from the old generation” as they have “stolen the future; plunders ambitions and still pride their stinking empty selves on today’s misfortune.” It is a bugle to collective responsibility lest we fester in the abyss of vices as foisted on us by the unscrupulous old tribalists, ethnicists, nepotists and religionists.

“Museum of Dream” is a must-read for patriots who desire a change and are not going to capitulate in the face of prevalent vices engendered by old people who enjoyed these benefits unhindered in their formative years but who have constituted themselves as stumbling blocks of tribalism, ethnicism and religionism in our utmost drive towards our goals. Our dreams will be realized in actuality and not as mere unmoving and uninspiring frames in montage museum of unrealized dreams.

Although there are some avoidable spelling mistakes and punctuations and new coinages not highlighted as glossaries which show that it could have been more carefully edited such as “point of call” instead of “port of call”, “soig”, “demoass”, I rate this beautiful piece from a fecund mind 9/10. I encourage everyone to get a copy.

Edo 2020: We will respect the will of voters, APC Campaign Council says