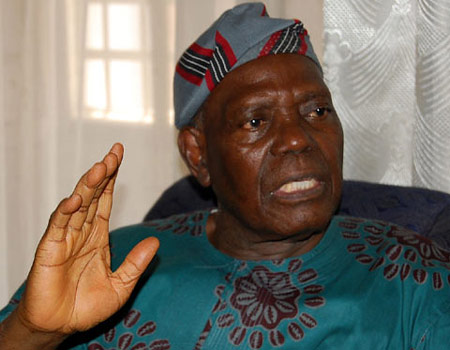 Former National Chairman Of the All Progressives Congress (APC), Chief Adebisi Akande, on Wednesday described ongoing registration exercise of the party as unnecessary and therefore an aberration.

Chief Akande, who said this at his registration centre in Ila Oragun, Osun State, added that the present APC membership registration less than a decade after the original register is an indefensible aberration leading to certain ugly perceptions.

He said that “major perception is that APC leadership might be wasteful and unappreciative of the proper use of money in a kind of scanty economy in which Nigeria now finds itself.

“These seeming ugly perceptions put into abeyance the applause of the two national election successes that the original APC register enjoyed since its completion on 15th February, 2014 and the over N1 billion of 2014’s value that the original register cost when APC had no money of its own.

“While thanking you All – my APC leaders and its delegation – that now come to honour me today, I want to emphasize and warn that the next national election that would elect a successor to President Muhammadu Buhari is going to be the most important test of the ongoing APC membership registrations and whatever structure being envisaged to be imposed on it.

“It is my advice and prayer therefore that every sense of responsibility should be selflessly employed to make these efforts ultimately result in success for our APC.”

Registration: Omo-Agege urges Delta APC to open doors to all