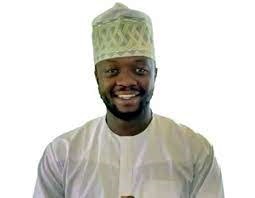 THE member representing Irepo/Olorunsogo/Oorelope Federal Constituency of Oyo State, Honourable Olumide Ojerinde, has called for peaceful coexistence among adherents of the different faiths, especially Islam and Christianity, in Oyo State and the country in general.

Speaking to the Nigerian Tribune on the need for religious harmony among people of faith, Ojerinde said the last Eid-el-Kabir festival, for example, as a season of sacrifice and demonstration of faith, provided an opportunity for renewal of patriotism.

The festival, he stated, symbolises the voluntary obedience of Prophet Ibrahim to the commandment of Allah and demonstration of his faith in his Maker.

Also speaking on the novel coronavirus, the lawmaker urged Muslims to always follow government directives aimed at halting the spread of the pandemic.

“It is, therefore, important for all of us to always avoid huge gatherings and other conducts which may lead to the spread of COVID-19.

“We should also stick to the use of face masks, washing of our hands from time to time, use of hand sanitiser and maintaining of physical distance. This is important to avert a situation where there would be increased cases of people infected with the virus,” he said.

He urged Muslims to also remember that Allah commands them to obey the laws of their land, comply with lawful directives from the government of the day, live in peace with their neighbours and commit their affairs into the hands of the Ultimate Controller.

Honourable Ojerinde also promised more legislative actions towards improving the well-being of the people in his constituency.

The lawmaker, who distributed rams and cash to some Muslim members in his constituency during last sallah celebration, said the gesture was aimed at spreading happiness, joy and kindness which, he said, is synonymous with the festival.

FG Increases Hate Speech Fine From N500,000 To N5m
THE Federal Government has announced that its newly- unveiled reviewed Nigeria Broadcasting Code has provisions to increase the hate speech fine for people found culpable of hate speech from N500,000 to N5 million. This is as it said the amendment of the broadcasting code is boosting local content, among other provisions…Rep preaches religious harmony

Chinese Loans: $400m Project Abandoned After Completion
THE National Public Security Communication System project for which Nigeria took a $399.5million from China and has paid $76.83million as part of the principal as well as $84.92million interest has been abandoned, Nigerian Tribune can authoritatively report…Rep preaches religious harmony

China’s Greek Gift To Nigeria
A report in a British tabloid in December 2006 indicated that Britain paid the final payment on a multi-billion-dollar loan it obtained in 1945 for rehabilitation, reconstruction of its infrastructure after the devastating the Second World War. According to the report, its creditors were the United States and Canada, which Britain transferred £43 million and £12 million respectively. The original loan of $4.34bn which was equivalent to £27bn as of 2006, was drawn to prevent Britain from falling into bankruptcy due to aggravated and colossal damage caused by…Rep preaches religious harmony

History of the management of the Kaaba

Hijrah: An event that changed the course of human history