Features
By Yejide Gbenga-Ogundare On Aug 7, 2020 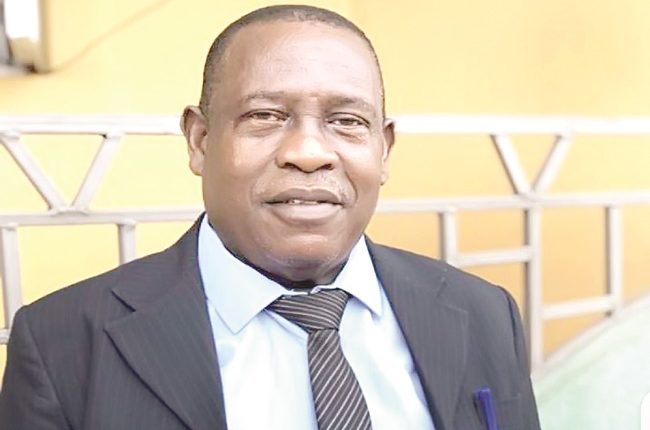 “Charity begins at home and justice begins next door.” This saying by Charles Dickens, a British novelist, journalist and social commentator is popular among people of all age groups and across generations. Indeed, it is the basis on which any institution can get a clean bill of health as anyone that comes to equity is required to have clean hands.

This philosophy is the basis on which the Nigeria Union of Journalists, Oyo State Council, decided to clean its hand so that it can effectively be the mirror of the society as its oversight function dictates. And this forms the basis for the inauguration of the Ethics and Disciplinary Committee of the Oyo council of the NUJ comprising of five members.

And as the committee started its work fully last week by sitting on a petition from the Oke-Ogun federated chapel of the union, it has emphasised that while the secret of life is honesty and fair dealing, it will embrace all tenets of fairness, objectivity and be an unbiased umpire in all cases that comes before it.

Speaking after the committee sitting, the committee chairman, S.O Ayoade, stated that while it is important to sanitise the union and curb all unethical acts, the unity that weaves the fabric of the union together will not be jeopardised because the state council of the NUJ is a big family that will always resolve its issues.

According to him, the body has its internal conflict management system which is recognised by its constitution and the provisions put in place have been scheduled in a way that will ensure fairness to all.

He emphasised that the Ethics and Disciplinary Committee will no longer take issues that border on smearing the integrity of the union lightly nor will it allow the union become a laughing stock in public, warning journalists in the state to ensure they uphold the ethics of the profession and embrace good conduct as the state council

He called on members to acquaint themselves with the rules that guide their activities and the constitution of the NUJ so that they would not trample on laid down regulations as the union will not compromise its standards and professional integrity just to satisfy the pecuniary interests of a few that do not live by the rules.

“The sitting of this committee is not to witch hunt anyone or take sides with any party in a conflict. We are here to hear petitions, resolve issues amicably where possible and make a report to the council. All our activities will be guided by the constitution. We are lucky to have individuals with impeccable character and unquestionable integrity as members of the committee and we will ensure we do our work as expected.

“No one should entertain any fear that the committee will not be objective in its dealings. Our creed is fairness and equity because we know that he who comes to equity must come with clean hands. We solicit for the support of media houses, government agencies, law enforcement bodies as well as the public to help us in ensuring we attain success in this laudable assignment of ridding the union of quacks and unethical practices,” Ayoade said.

The committee further warned all affiliated bodies of the union to henceforth as a matter of duty and respect, follow due process in their activities as they are all under the NUJ and are obligated to live by its rules.

FG Increases Hate Speech Fine From N500,000 To N5m
THE Federal Government has announced that its newly- unveiled reviewed Nigeria Broadcasting Code has provisions to increase the hate speech fine for people found culpable of hate speech from N500,000 to N5 million. This is as it said the amendment of the broadcasting code is boosting local content, among other provisions…Oyo NUJ ethics committee

Chinese Loans: $400m Project Abandoned After Completion
THE National Public Security Communication System project for which Nigeria took a $399.5million from China and has paid $76.83million as part of the principal as well as $84.92million interest has been abandoned, Nigerian Tribune can authoritatively report…Oyo NUJ ethics committee

China’s Greek Gift To Nigeria
A report in a British tabloid in December 2006 indicated that Britain paid the final payment on a multi-billion-dollar loan it obtained in 1945 for rehabilitation, reconstruction of its infrastructure after the devastating the Second World War. According to the report, its creditors were the United States and Canada, which Britain transferred £43 million and £12 million respectively. The original loan of $4.34bn which was equivalent to £27bn as of 2006, was drawn to prevent Britain from falling into bankruptcy due to aggravated and colossal damage caused by…Oyo NUJ ethics committee