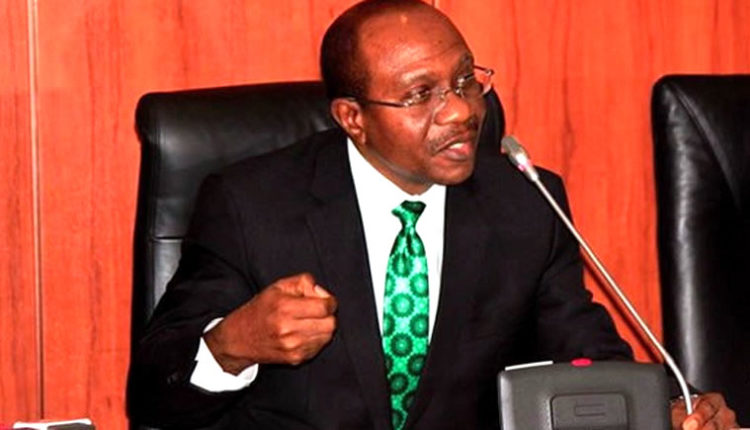 NIGERIA sunk into its second recession in less than five years, battered by the oil price crash brought on by the coronavirus pandemic in the third quarter of 2020. Gross domestic product contracted by 3.6 per cent in the three months through September, after shrinking by 6.1 per cent in the previous quarter, according to official data released by National Bureau of Statistics. International Monetary Fund (IMF) had earlier predicted that the economy will contract by 4.3 per cent in 2020, which would be the largest contraction in nearly 40 years.

More than half of Nigerians are unemployed or underemployed and inflation and food prices are soaring. It was the second time in the life of this administration the economy lapsed into recession. In 2016, a similar crash in the price of crude oil also caused similar recession.

However, Minister of Finance, Budget and National Planning, Mrs Zainab Ahmed while speaking at the 26th Nigerian Economic Summit, said that Nigeria will exit the economic recession by the first quarter of 2021. She explained that the COVID-19-induced recession followed the pattern across the world, where many countries had entered an economic recession.

Ahmed said, “Nigeria is not alone in this, but I will say that Nigeria has outperformed all of these economies in terms of the record of a negative growth.”

In addition, Central Bank of Nigeria (CBN) at its last monetary policy committee (MPC) meeting of 2020 also expressed belief that the economy would bounce back to growth by the end of the year or first quarter of this year. CBN Governor, Mr Godwin Emefiele who made these disclosures during an online briefing on the communique of the 132nd MPC meeting also said total disbursements from the bank’s interventions in the wake of the COVID-19 pandemic had reached N3.5 trillion.

“On the domestic economy, staff forecast suggests that the economy may continue to grapple with the effects of the pandemic throughout the rest of the year. With persistent focus on activities meant to reverse the contraction, the MPC projects growth at positive levels in Q4 2020, or latest by Q1 2021 was based on the anticipated positive results from the coordinated and sustained interventions by both the monetary and fiscal authorities. These interventions include the coordinated response of the monetary and fiscal authorities to curtail the spread of the COVID-19 pandemic, reverse the downturn in the economy, improve revenue sources in the non-oil sector and encourage the build-up of fiscal buffers.”

As happened during the recession of 2016, CBN has promised to once again work assiduously to lift the economy out of recession. It made efforts to address the challenges in line with its mandate as reflected in the various intervention initiatives for the real sector. The main aim of the initiatives was to enhance access to finance at a cheaper rate, for growth-enhancing projects. Furthermore, in May 2016, a more flexible exchange rate regime was introduced with a Naira-settled FMDQ-OTC (a two-way quote) trading platform at the inter-bank foreign exchange market. This was aimed at: improving liquidity and ensuring stability in the foreign exchange market; preserving the external reserves; curbing excessive demand for foreign exchange; and entrenching appropriate pricing of the naira. In addition, the sustained reforms in the banking sector are meant to reposition the banks to effectively play the role of financial intermediation.

Already, the central bank has commenced efforts to revamp the economy by taking steps to unify its exchange rates and devalued the naira, moves the World Bank, the IMF and many economists had long encouraged. The government has also used the crisis created by the pandemic to take steps toward enacting a series of key reforms that have long been seen as essential for promoting sustainable growth.

The CBN has, over the years, been directly or indirectly involved in the financing of growth-enhancing programmes and projects of the Federal Government. The involvement is incidental to the Bank’s core mandates and part of its development and corporate social responsibilities, to accelerate growth and development of the Nigerian economy. There are various schemes and programmes either implemented directly, in conjunction with the Federal Government or through specialised financial institutions.

Advances to the Federal Government

In spite of the Bank’s initiatives and other activities of the government, the economy seems to be heading into recession. Reversing this trend would require huge fiscal stimulus by the government. The question therefore is: where will the resources come from in view of the government’s precarious financial condition? It is against this backdrop that this gathering is expected to come up with innovative ways of financing government programmes in this period of economic downturn, and, the role the CBN should play taking due cognisance of the existing legal and institutional framework under which it operates.

To ensure that the economy makes a quick rebound, the bank retained liquidity ratio at 30 per cent and Cash Reserve Ratio (CRR) retained at to 27.5 per cent, but adjusted the asymmetric corridor from +200 and -500 basis points to +100 and -700 basis points around the MPR.

These, and many more, are being addressed by the Bank through interventions in agriculture value chain, power, aviation, cotton and garment industry including ICT and the creative industry, as contained in the Bank’s Five-year Policy Thrust. Notable is the matrimony between the monetary regulator and deposit money banks under the aegis of Bankers’ Committee agreeing to work together for the economy. These were ongoing efforts when COVID-19 made its way into Nigeria.

In his quick response to avert total collapse knowing that the economy does not have the shocks required to weather the pandemic, he in sequence to his earlier held ‘Going for Growth 1.0’ in Lagos last year, conveyed its second stanza in expectation of likely economic disruption that may arise with the virus outbreak. Thus, he rallied a coalition of private sector operators, including industrialists, bankers and business moguls, on the urgent need to jointly combat the emerging COVID-19 crisis in Nigeria, particularly as the international crude oil prices were beginning to dip unprecedently in decades.

Countries around the world are individually and frantically fighting for themselves and their economies with different approaches peculiar to their environment and needs. In this circumstance, Nigeria is not an exception. The challenge is being a mono-product economy, oil, dwindled scale buffers, weak infrastructure, poverty and unemployment. Thus, the challenge at hand is everyone’s problem that requires every hand on the deck. Godwin Emefiele had said the need for all Nigerians to play a role in this fight cannot be understated as we are quite literally in the fight of our lives. I must highlight the fact that this is not just about bringing money. Your time, your services, your products will all be helpful.

Thus, from the foregoing, coupled with efforts being put in place, suitable to our peculiar needs in combating the virus and immunise the economy from crisis, the CBN Governor constituted a coalition, the Coalition of Private Sector Against COVID-19, CACOVID, to support the Presidential Task Force across its response,  where he outlined the objectives of the coalition to include mobilising private sector thought leadership; mobilise private sector resources; increase general public awareness, education and buy-in; provide direct support to private and public healthcare’s ability to respond to the crisis and support government effort knowing that with the dwindled revenue, the government alone at this period cannot handle this.

According to Mr Emefiele, it will keep spending because the Federal Government is currently incapable of funding development programs because it is facing revenue shortfalls. The CBN reckoned that the economy is faced with likely stagflation (a combination of an economic recession and high inflationary environment) even as Nigerians still have to deal with an increase in fuel and energy prices. It opined that it had to work harder to combat the pressure the price increases will have on Nigerians.

“The Committee was therefore of the view that to abate the pressure, it had no choice but to pursue an expansionary monetary policy using development finance policy tools, targeted at raising output and aggregate supply to moderate the rate of inflation.

“At present, fiscal policy is constrained and so cannot, on its own lift the economy out of contraction or recession given the paucity of funds arising from weak revenue base, current low crude oil prices, lack of fiscal buffers and high burden of debt services.

“Therefore, monetary policy must continue to provide massive support through its development finance activities to achieve growth in the Nigerian economy. This is the reason MPC will continue to play a dominant role in the achievement of the goals of the Economic Sustainability Program (ESP) through its interventionist role to navigate the country towards a direction that will boost output growth and moderate the level of inflation.”

As a business person, you need to learn, unlearn, relearn to succeed —Tamunowapiri Eli