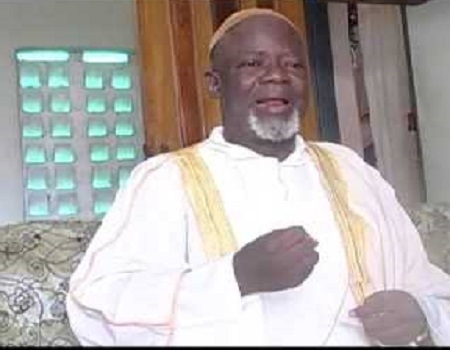 An Islamic don, Professor Sabit Olagoke has urged the federal government and state governments to urgently consider a downward review of salaries and allowances of political office holders’ including top officials in Ministries, Departments and Agencies of government to save the nation from the impending recession. Olagoke gave this admonition in his Eid-el Fitri message to Nigerians.

The don stressed that the reduction of cost of staff salaries, without downsizing the workforce, will prevent social menace and prevent the country from economic collapse after COVID 19.

He charged the federal government not to be carried away with containing coronavirus such that it fails to prepare for the sustenance of the nation’s economy after the pandemic.

He emphasised the need for government to reduce recurrent expenditure and get serious on economic diversification.

According to the Islamic scholar, the inadequacies in the areas of the health sector, education, agriculture, food sufficiency, infrastructure are greater challenges that the nation should address.

On the fight against coronavirus, he charged medical and pharmaceutical Departments, Institutions, Research Centres, Herbal Experts and NAFDAC to work together on a homegrown antidote to COVID 19.

In curbing coronavirus, Olagoke noted that seeking divine intervention should not be ruled out.

He, however, admonished people to continue adhering to protocols of maintenance of personal hygiene, social distancing, regular washing of hands and use of face mask.

Father And Son Surrender To Police After Killing Neighbour For Allegedly Sleeping With Wife
A father and his son have surrendered themselves to the police in Nasarawa State after killing their neighbour. Mr Henry Oboteh, a trado-medical doctor, who was said to be in his mid-50s, was killed by one Mr Collins, his son and his security guard on Wednesday, May 20, at Angwan Tiv in Masaka, for allegedly… Don Don Don DonRead full