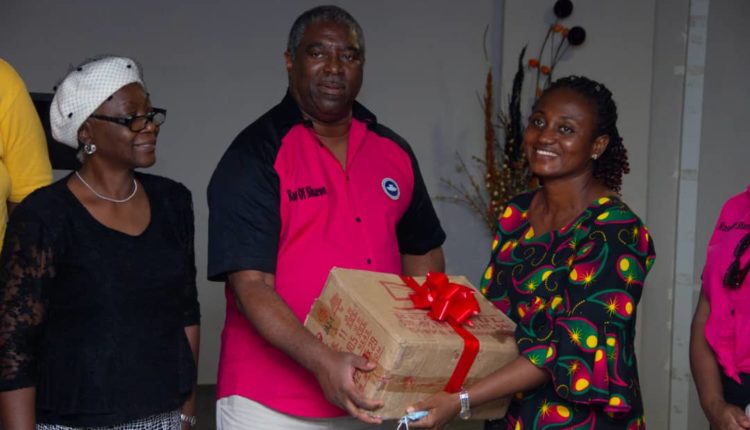 The Lagos State Commissioner for Education, Mrs. Folashade Adefisayo, who led dignitaries to the commissioning ceremony of the laboratory, last Thursday, said that the facility would enhance learning and teaching in the school.

Pastor-in-charge of the RCCG, Rose of Sharon Parish, Ikeja, Pastor Emeka Obiagwu, said that the renovation and equipping of the laboratory was to mark the 25th anniversary of the parish and part of the Christian Social Responsibly of the church is aimed at positively impacting society.

The cleric said that the church was doing many charitable works such as feeding the poor, paying school fees for indigent people, hospital bills for the sick, and others.

The church also empowered eleven persons with sewing machines and others, who were petty traders, soap makers, beauticians, caterers, and perfumers received cash support ranging from N50,000 to N100,000 each as part of the  RCCG Christian Social Responsibly (CSR).

In her remarks, the Principal of the school, Mrs. Adeola Judge, thanked the church for the gesture, adding that, “This would produce a conducive environment for teaching and learning of the Sciences in the school. I am sure this development will boost the performance of the students, even to make them succeed in their examinations.”

Also speaking at the event, the former chairman of the Federal Inland Revenue Service (FIRS), Mr. Babatunde Fowler, urged the school authorities to make use of the facility judiciously. He also charged other organisations to join the government to move education forward in the state.

Christians must be actively involved in politics — Emmanuel

We are fulfilling God’s mandate through nationwide crusades—Prophet Ayorinde

Nigerians must be very prayerful this year —Rev Adeonigbagbe