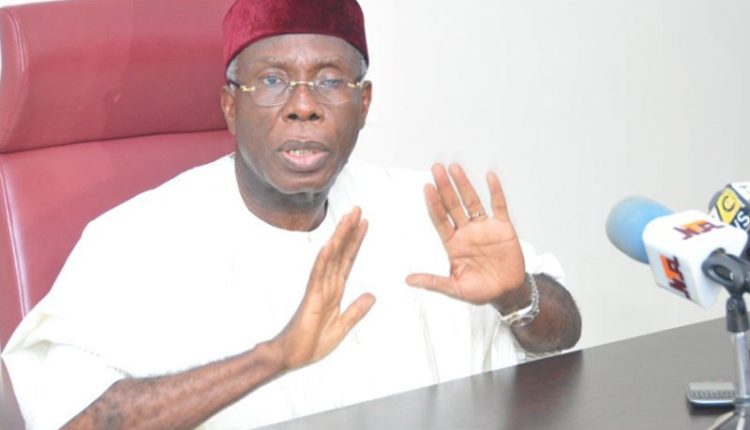 The Arewa Consultative Forum (ACF)  has alleged ransoms money are being used by terrorists to buy illegal arms.

In a statement titled, “Our borders and insecurity” issued by the forum’s national chairman, Audu Ogbeh, on Thursday said the development was raised by some of its members from Sokoto and Zamfara states.

The forum observed that large consignments were being transported into the country on daily basis unchecked.

The forum noted that it was worried that this kind of situation will persist for a long time.

“It is clear now from what we know that as victims pay ransoms to the kidnappers the money is instantly converted to more sophisticated weapons and instruments of death by the kidnappers,” the ACF noted.

“At the last meeting of our National Executive Council, NEC, in October 2020, our members, particularly from Sokoto and Zamfara, reported that large consignments of Camels were crossing our borders into Nigeria with a lot of baggage on their backs on a daily basis.

“And they observed that nobody checks their baggage and nobody knows what is being brought into Nigeria.

“The question Arewa Consultative Forum would like to ask the security agencies is what are the Camels carrying and where they are heading?

“The ACF is alarmed that this kind of situation should persist at a time when weapons of all kinds are coming into our country and worsening the climate of terror and national uncertainty.

“It is clear now from what we know that, as victims pay ransoms to the kidnappers the money is instantly converted to more sophisticated weapons and instruments of death by the kidnappers.

“The capacity of these terrorists is rising by the day and we are not far from the moment when the terrorist will become better armed than our accredited security agencies.

“Already, it is speculated that weapons as dangerous as Rocket Propelled Grenades RPGs, and anti-aircraft guns are part of the cargo ferried by camels freely into our country from neighbouring countries.

“It will do the nation a great deal of good to deal with this situation immediately. The ACF is deeply worried.”

Metuh flies out for medical treatment