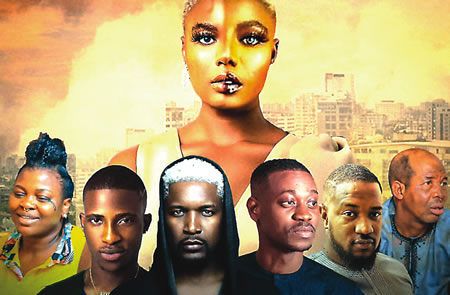 Movie lovers across the country will have a new Nollywood movie to start the year with the premiere of ‘Rancor’, a tragic drama from Alesh Sanni Productions..

‘Rancor’ is directed by award winning film maker and director, Bola Enigma Akanbi. The movie tells the story of Dasola, who has inexplicable hatred for her asthmatic patient brother, Murewa. This breaks their mother’s heart as all she ever wanted was for the two siblings to love each other unconditionally.

Dasola finds herself mixed up in a street fight with her boyfriend which leads to his death and a jail term stares Dasola in the face. Her mother takes the blame to protect her daughter while Dasola flees to Lagos to start a new life, leaving her brother and mother behind.

After the death of their mother, Murewa eventually goes in search of Dasola to confront and face his sister, whose cold heart cost their family great misfortune.

Speaking on the new movie, Alesh Sanni, the producer said, “Rancor is a big project and we were deliberate about it. We were also being careful about the kind of story we wanted to tell in Nollywood. One of our goals is to tell African stories to the world and give 100 per cent entertainment with unpredictable stories at the cinema. After ‘Rancor’, we have even bigger dreams and plans in place”.

The movie will be premiered at Blue Pictures cinemas at the Lagos City mall and will be released to the cinema nationwide from January 14th.