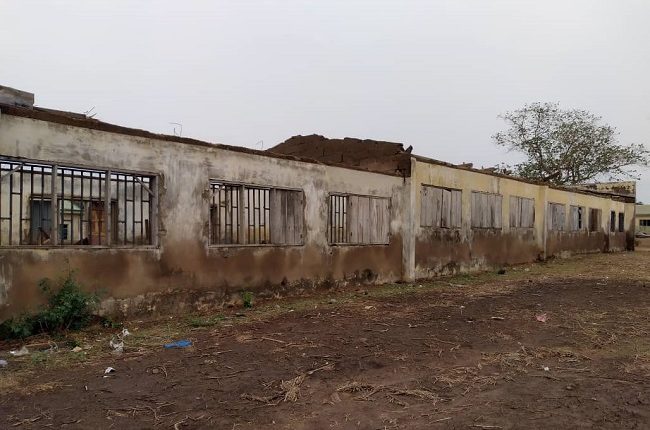 Some of the buildings damaged by the rainstorm included blocks of classrooms in Senior and Junior sections, administrative block, library, laboratories, hostels, among others.

Although the College is currently on holiday, the Principal of the College and other staff are currently taking refuge under some of the existing trees in the college premises during official hours.

Dr. Olokooba Abdullahi-Bob, the National President of the Old Students Association of the College while speaking with NAN on the incident described it as a disaster that will paralyse the teaching and learning activities when the Students resume from the break.

Abdullahi-Bob who is also the Provost of the State College of Arabic and Islamic Legal Studies, Ilorin appealed to the state government to rescue the College with the rehabilitation of the damaged structures and provision of other infrastructure.

He expressed sadness that most of the building destroyed by the rainstorm was recently renovated by the Old Boys Association of the College.

The Principal of the Senior section of the College, Hajia Funmilsyo Nasamu-AbdulRahman said the College cannot carry out any repair work on the damaged structures at the College and solicited the state government assistance and well-meaning Nigerians.

In spite of the huge investment in the water sector by the government and international organisations, water scarcity has grown to become a perennial nightmare for residents of Abeokuta, the Ogun State capital. This report x-rays the lives and experiences of residents in getting clean, potable and affordable water amidst the surge of COVID-19 cases in the state…Rainstorm destroys buildings  Rainstorm destroys buildings