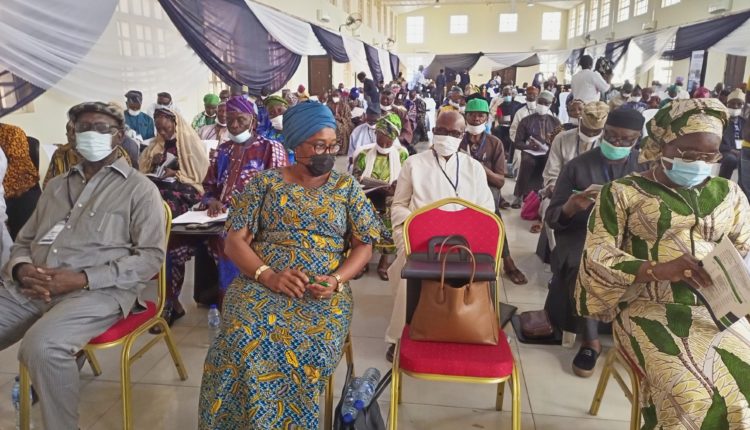 Pension Transitional Arrangement Directorate (PTAD) has received a repatriated sum of £26.5 million hitherto domiciled outside the shores of Nigeria.

Speaking at a-two day stakeholders meeting with pensioners in North Central zone in Ilorin at the weekend, Executive Secretary of PTAD, Dr. Chioma Ejikeme, said that the funds were under investment with Crown Agents Investment Management Limited, United Kingdom.

“In 2020, I also approved the commencement of an expanded re-validation and re-computation exercise in a bid to on-board verified pensioners not on payroll, clear all outstanding pension arrears and resolve all complaints of short payments and outstanding gratuities for the civil service pensioners and their Next

of Kins (NoKs). At the end of the project, the directorate was able to review, compute, re-compute and pay over seven billion to 24,000

pensioners. This computation exercise is ongoing.

“Over 21,000 unverified pensioners were dropped from the payroll in October 2020. So far over 2,500 of the October dropped have been

verified, restored to the payroll with the attendant arrears paid. The onboarding of verified and those not on payroll is ongoing.

Some of the accrued and inherited arrears paid by the Directorate include: cleared the 33% increment arrears owed pensioners in the parastatals, pension department in December 2019.

“Following the increment made to salaries of some Federal Government employees in 2019 as a result of the review of the national minimum wage, a committee was set up by the National Salaries, Income and Wages Commission (NSIWC) to review the pension and come up with an appropriate and realistic measure to increase the amount paid aspension to pensioners under the Defined Benefit Scheme. In May 2021, we got approval from President Muhammadu Buhari for the implementation of the upward review and we commenced payment immediately.

We have successfully paid 18 out of the 24 months’ accrued arrears from the consequential adjustment across all the operational departments. We plan to pay the remaining six months before the end of the year.”

She added that the directorate launched “I Am Alive” confirmation platform, saying that the platform is an online application to confirm

that pensioners “on our monthly pension payroll are alive and should continue to receive their pension.”