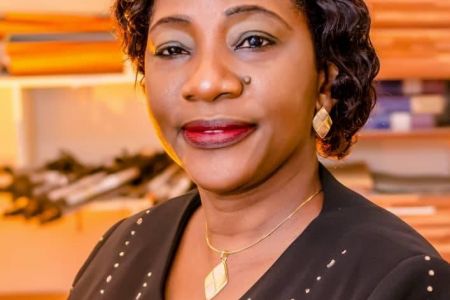 The institution’s Board of Trustees in a release issued on Wednesday from the Office of the Public Relations Officer, Oluwadare Adebisi,  explained  that the confirmation  followed Professor Kuku’s meritorious tenure in an acting capacity in the last one year (Jan – Dec. 2020).

“Professor Kuku’s admirable leadership qualities, enthusiasm, and passion for excellence have been on full display over the past 12 months that she has acted in the position before the recent confirmation.

“Since she assumed office, she has designed and implemented pragmatic blueprints to place Kings University in an enviable position in the comity of universities. Amongst her numerous achievements is the deployment of the Kings University Learning Management System (KULMS) during the COVID-19 pandemic,” the Board added.

The chairman, Board of Trustees of the institution, Professor Gabriel Sowemimo, described Professor Kuku’s appointment confirmation as a major step in the actualisation of the institution’s vision of raising quality leaders that would transform Nigeria and continually sustain her as a technologically- advanced country.

‘‘It is believed that with her wealth of experience, both locally and internationally, and her scientific background, Professor Kuku can be trusted to spearhead the drive for academic excellence and human capital development. It is hoped that under her tenure as vice chancellor, the university will fast-track her development agenda on the path to becoming a top global institution,” Professor Sowemimo said.

Ogun assembly seeks records of WASSCE sponsorship from 2015 to 2019

UNICEF calls for immediate release of abducted students in Tegina