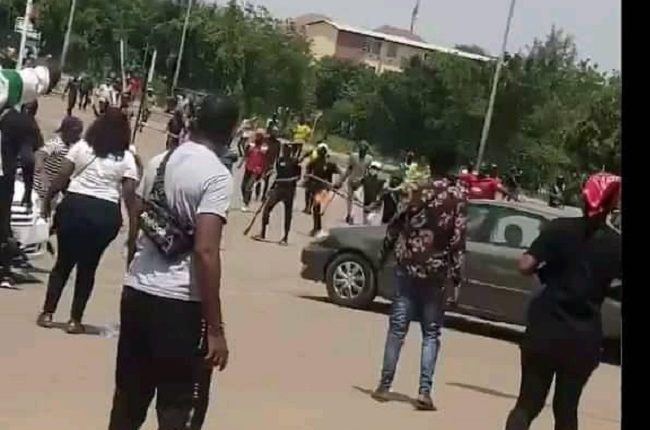 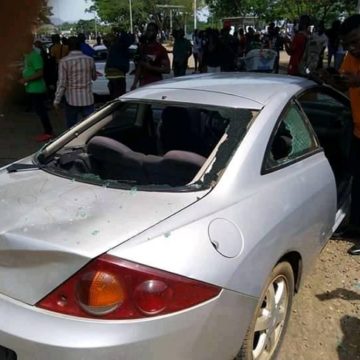 Tension heightened, on Wednesday, in the Federal Capital Territory (FCT), Abuja, as both pro and anti #EndSARS protesters clashed at the popular Berger roundabout, leaving many injured.

Investigations by the Tribune Online revealed that crisis ensued when a group of youths, armed with cutlass and other dangerous weapons infiltrated the #EndSARS demonstrators who had earlier blocked all the roads around the area.

Confirming the clash to newsmen in his office, however, the FCT Police Commissioner, Mr Bala Ciroma, said the command had commenced investigations to ascertain the causes of the clash.

While confirming that five vehicles were vandalised, the Commissioner said no casualty was recorded but some people were injured.

He said anti-riot Police officers had been deployed to all the flashpoints in the town to avoid breakdown of law and order.

Meanwhile, the anti-SARS protesters have vowed to continue with their peaceful protests, saying they would not resist until SARS is completely banned.

ALSO READ: No SARS personnel will be part of SWAT team ― Police 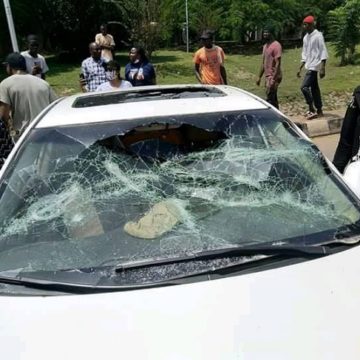 One of the protesters, who did not want his name in print, said their demand now is for an Executive Order by the President Muhammadu Buhari which would go a long way to assure Nigerians that FSARS or SARS is banned.

According to him: “We are sceptical on the Special Weapons and Tactics (SWAT Squad) that the Inspector General of Police announced to replace FSARS. How can it be possible within 24hrs to hurriedly assemble a squad? It is a way to reintroduce SARS,” he added.

Also, Aisha Yesufu in a video in her Twitter handle yesterday morning (Wednesday) urged the protesters not to relent in their demand for a total reformation of the Nigeria Police.

According to her: “Please, don’t get distracted over this issue of who is this, who is not what; eye on the ball- forget the distraction. There is nothing yet for you to go into fighting mode over. Focus on your message and the results that you want. That is what is most important.”