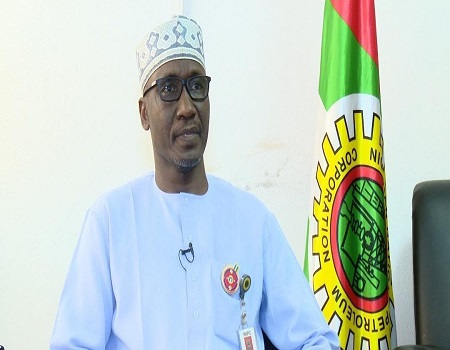 Following a steady increase in the price of Liquefied Petroleum Gas(LPG) alternatively known as cooking gas, the Group Managing Director(GMD), Mele Kyari, on Tuesday, said the product was not under any subsidy regime.

He said the factor that has led to hike in price was a demand and supply issue.

Kyari made the disclosure during his presentation at the World Bank Nigeria Development Update, November 2021 edition titled “Time for Business Unusual” in Abuja.

He explained that there was a global crunch on the supply of gas and many countries were now threatened by lack of supply in December.

As a result, he said because the product was not being subsidised, irrespective of where it was produced, it would follow the global trend.

But, he assured that the company was working on increasing local production to meet consumption demands.

Meanwhile, the GMD also hinted that a litre of Petroleum Motor Spirit (PMS) may sell between N320 and N340 in 2022.

He said this was because the law provides that by the end of February 2022, the nation should be out of the subsidy regime.

“There will be no provision for it legally in our system, but I am also sure you will appreciate that government has a bigger social responsibility to cater for the ordinary and therefore engage in a process that will ensure that we exit in the most subtle and easy manner,” he said.

Verdict: The viral WhatsApp voice note claim is a hoax. The content is not new and has been circulated as a broadcast message several times in the past.Price hike: Cooking gas not subsidised ― Kyari

We don’t have control over cooking gas price ― FG