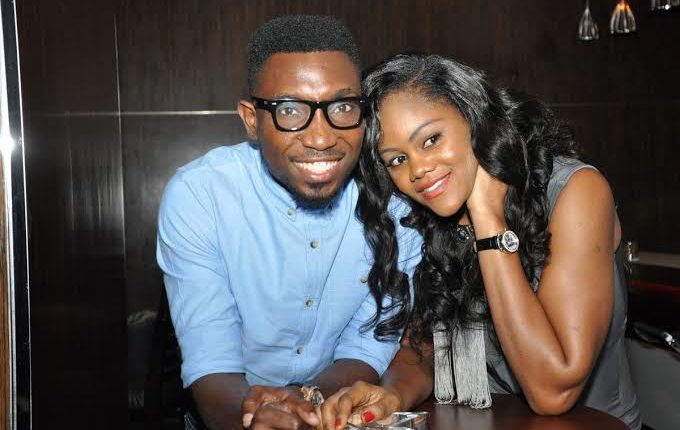 Soul singer, Timi Dakolo cried to the world on Sunday that the police were allegedly putting the lives of the members of his family at risk as controversy rages over the rape allegation his wife, Busola raised against popular Abuja pastor, Biodun Fatoyinbo of COZA ministry.

At a press conference in Lagos, he wondered why police would storm his residence to invite him and wife for questioning when the alleged rapist, Fatoyinbo was yet to be questioned.
Fatoyinbo allegedly raped Busola, about 20 years back.

The music who has been in the eye of the storm since his wife came out with the allegation, questioned the rationale behind the police storming his Lagos home to invite them to Abuja, while Fatoyinbo who is residing in Abuja, was yet to appear at the police headquarters.
When the news of the police invite broke, the First Lady, Aisha Buhari weighed in on Twitter, asking the Inspector General of Police to intervene.

Nigerians were divided on her call to the IG which many saw as a preemptive intrusion into the on-going probe.

Dakolo revealed that last month, he and his wife wrote a petition to the police and they were questioned for six hours by an investigative team, wondering why his wife and himself should be summoned to Abuja again for another round of questioning.

According to him, “On June 27, my wife, through her legal representative, wrote a petition on rape against Mr. Biodun Fatoyinbo. The petition was filed at the Office of the Assistant Commissioner of Police, Alagbon, Ikoyi.
“We had four meetings and about six hours at the police station. The IG personally assigned the file and immediately asked for an action on the case but we deliberately decided not to publicise it because we believed the law would be followed through.

“We had filed the petition before the release of the interview that had been recorded three weeks before. The interview was published on June 28. We have on several occasions met with the police in the course of investigation. We were therefore shocked by the invitation to Abuja when no visible action was taken to interview Mr. Fatoyinbo.”

He alleged that the crisis and the controversy trailing it. has endangered his life and that of his wife and their three children.

He added that things got worse when the police revealed their residential address in Lagos to the public, thereby making them susceptible to attacks.

“I didn’t expect that our residential address, where my children live, would be released to the public and since then, we have noticed how my life, my wife’s life and the lives of my children have been put at risk to strange faces around the house,” he stated.

CJN and corruption in the judiciary