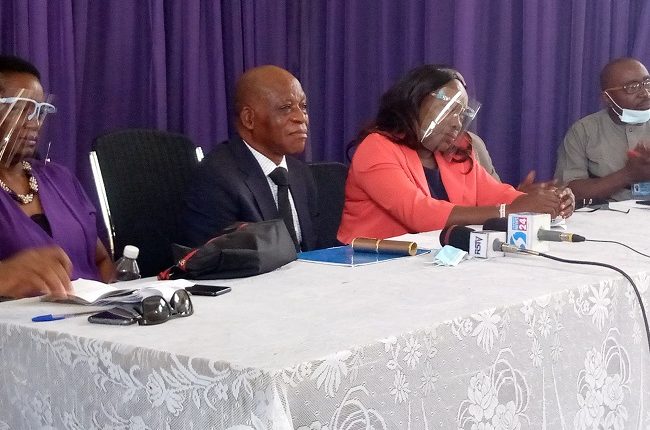 Three women from Luabe community in Khana local government area of Rivers State have appealed to the Rivers State Judicial Commission of Inquiry on Police brutality, to help them secure the release of the corpses of their children killed by officers of the disbanded Special Anti Robbery Squad SARS on November 8, 2018.

The three women, Lelabari Cornelius, Love Lebari and Numkeeree Baah, also demanded that the operatives involved should face justice and compensation made to the family.

The grieving women on Thursday told the panel that their children were among the local vigilante that intercepted SARS operatives leading illegal bunkerers passing through the community.

The trio disclosed that their sons, Neebiee Baah, Ewonubari Lebari and Bariledum Cornelius were killed when SARS operatives shot sporadically at the junction of the community, adding that their corpses were taken away by the SARS operatives.

Chairman of the Commission, Hon. Justice Chukwunenye Uriri (Rtd), adjourned the matter to December 8, 2020, for cross-examination of the witnesses.

In another matter also entertained by the commission on Thursday, a former member of the House of Representatives and chieftain of the Peoples Democratic Party (PDP) in Rivers State, Hon. Paworiso Samuel-Horsfall, accused operatives of the Nigeria Police of destroying and looting his property worth over N30million.

Samuel-Horsfall alleged that the police comprising operatives of SARS and Police Mobile Force (PMF), invaded his residence at Buguma City on March 9, 2019, on the allegation that he camped armed thugs in his house during the 2019 governorship election.

He stated that during the attack on his residence, the policemen, who were accompanied by some chieftains of the All Progressives Congress (APC), intimidated and harrassed identified members of the PDP who had come out to vote at Unit 14, Ward 7 in Buguma City.

However, during cross-examination of the petitioner, counsel to the Commissioner of Police, S. P. Egop, insisted that no property was carted away from Samuel-Horsfall’s residence.

Help me so I can pay my medical bills, Kogi poly graduate pleads with NHRC SARS panel