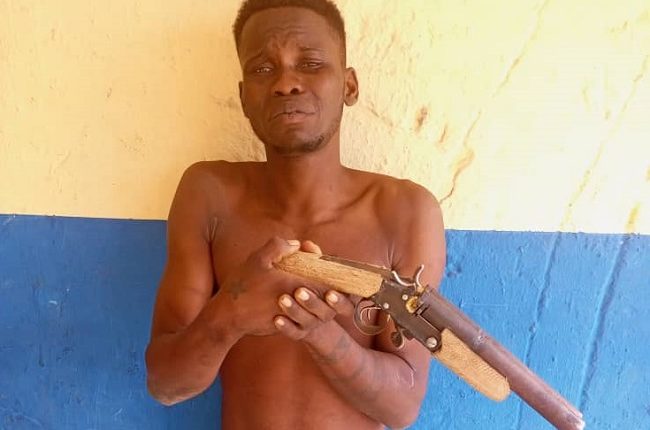 A gang of three fleeing robbery suspects were, on Thursday at Warri – Sapele Road, Warri, Delta State, intercepted with one fatally wounded after a fierce gun duel with police operatives.

They were fleeing the scene when police operatives from ‘A’ Division Warri led by the Divisional Police Officer (DPO), CSP T.Y Mahmud, acting on a tip-off, trailed the hoodlums and engaged them in a fierce gun battle, wounding one of the suspects in the process.

“The injured suspect was rushed to the hospital where he gave up the ghost while receiving treatment.

“The suspect, before he died, gave his name as Andrew and admitted to being a member of the dreaded Imomotimi Group, a daredevil gang that has been on the Command’s wanted list.

“One locally made pistol loaded with a live cartridge, N130, 000, one small Nokia phone and the Toyota corolla used for the operation were recovered,” acting Police Public Relations Officer (PPRO), DSP Bright Edafe, disclosed in a statement.

Similarly, at the wee hours of last Monday, a suspected cultist, Rukevwe Afakpor, 29, was arrested during a raid on cult-related black spots by police operatives in the Koko-Oghara axis with one locally-made double barrel gun and three live cartridges recovered from him.

In spite of the huge investment in the water sector by the government and international organisations, water scarcity has grown to become a perennial nightmare for residents of Abeokuta, the Ogun State capital. This report x-rays the lives and experiences of residents in getting clean, potable and affordable water amidst the surge of COVID-19 cases in the state…Police confront 3 fleeing  Police confront 3 fleeing