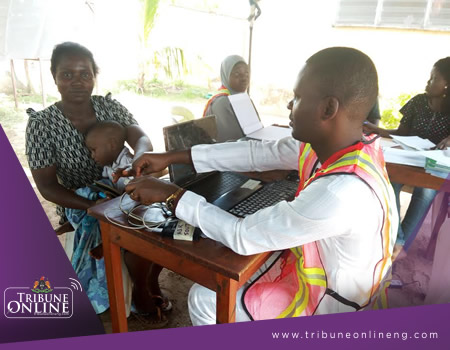 The Independent National Electoral Commission (INEC) is coming under pressure to stop the continuous Voters Registration Exercise currently ongoing across the country, sources close to the commission have said.

Sources told Sunday Tribune in Abuja that the Commission had in recent weeks come under pressure to terminate the ongoing exercise as it was seen to be generating “undue” interest from some quarters.

This is coming on the heels of the declaration by the electoral umpire that it was ready to commence the recall process of Senator Dino Melaye, following a ruling of the Court of Appeal which okayed the exercise.

INEC’s Director of Publicity and Voter Education, Mr Oluwole Osaze-Uzzi, who spoke on a Channels Television programme  said: “For now, all legal hurdles, as far as we are aware, have been removed. So, the commission should proceed as if the case did not occur.”

On the plot to stop voter registration, it was gathered that some interest groups and religious bodies as well as politicians had started mobilising their members and the general public to ensure they register for the next elections.

Sources said that the PVC campaign is beginning to give some stakeholders concerns ahead of the 2019 elections.

Some political caucuses, it was said, were beginning to fret over the likely massive turnout in the next elections, which sources said could work against the plans of some power brokers.

It was learnt that those forces, which are becoming jittery are already hinting out at some influential members of INEC to terminate the ongoing continuous voter registration to possibly cut short voters’ turnout in 2019.

“There are reports indicating that notwithstanding the provisions of the Electoral Act, INEC is contemplating terminating the voter registration either by May or July.

“That would be a far cry from the dictates of the law which indicates that such registration will only end six months to the elections,” a source said.

Sunday Tribune’s checks revealed that the commission commenced the exercise in April 2017 at the local government councils across the country and it has since graduated the process to ward levels in  states where it had conducted governorship elections.

But the chairman of the INEC, Professor Mahmoud Yakubu, on Saturday, denied the claim that the commission is planning to stop the exercise in May.

Speaking with Sunday Tribune on telephone, media aide to Professor Yakubu, Rotimi Oyekanmi, said the commission  was not planning to abort the process.

“There is no statement from INEC to stop issuance of PVC in June. We can only  stop the exercise  60 days to the general election; that’s what the law says,” he said.

On  the court pronouncement asking the commission to proceed with the recall process of senator representing Kogi West Senatorial District, Dino Melaye, Oyekanmi said the INEC was aware of the judgment and would soon come out with a position.

“I am not competent to speak on that. The Commission is aware of the judgment and the management would sit to take a position.”

Speaking on Melaye’s planned recall Osaze-Uzzi said that  the commission would only get in touch with Melaye to provide an agent who will help him monitor the recall process.

He said that if all the processes become successful, INEC may have to organise a referendum.

Students may cross over to other countries to write WASSCE instead of losing a year,…