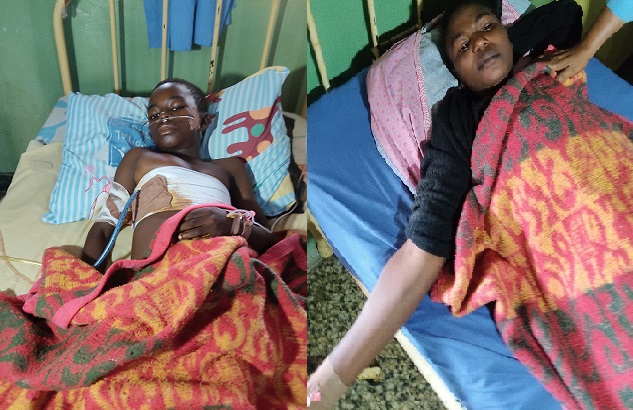 Barely two weeks after 25 travellers were killed in Jos North local government area of Plateau State, gunmen suspected to be Fulani militias, on Wednesday, killed over 36 persons including children in a midnight raid in the local government.

Even as the state government has re-imposed 24 hours curfew in the troubled Jos North local government till further notice.

Tribune Online findings revealed that the attackers suspected to be Fulani militias in their large numbers invaded Yelwa Zangam community in Jos North local government at about 9:23 pm, on Tuesday, and released several gunshots into the air to announce their arrival before they began the deadly operation.

It was also learnt that the militias vandalised the iron bridge linking the community to the main town which later made it difficult for security men to access the scene of the attack.

A community leader Ibrahim Dawan who spoke with Tribune Online stated that the attack was carried out with the intention to annihilate the entire people in the community adding apart from those who were shot and matchet to death, a reasonable number were trapped in their houses and burnt to ashes.

“In Mai Agwan house, apart from his wife and two children, the other fourteen persons who took refuge were shot dead and the house set ablaze. Nobody escaped from the house. And there are other houses set on fire with people inside.

“The killings and burning lasted to the early of Wednesday.

“Apart from bodies we have deposited at the Plateau State Specialist Hospital, we have close to 20 others that we are about to be conveyed to the hospital but if there is no space in the mortuary we may give them mass burial later in the day,” he said.

Also, a young lady identified as Blessing Zang who was shot in the leg now receiving treatment at Our Lady of Apostle Hospital said she was the only survivor in the family of eight.

“I was the only one that survives in my family, my mother who tried to shield us from being killed was shot dead likewise my other siblings. Before the Fulani left they set the house on fire. I was able to crawl out of the thick smoke,” she said.

At the Plateau State Specialist Hospital, the Chief Medical Director Dr Philemon Golwa told Tribune Online that fifteen corpses were deposited in the mortuary in connection with the attack adding that the bodies were brought in by security men in the early hour of Wednesday.

However, Operation Safe Haven in charge of security in Plateau State in a statement signed by its Media Officer Major Ishaku Takwa confirmed the incident adding that the gunmen also destroyed houses and the bridge linking the town to the community making access to the area difficult for security agencies.

Troops of Operation Safe Haven mobilised to save the community were slowed down by the destruction of the bridge by the marauders. Troops eventually got to the scene of the attack by navigating through other villages and met some houses already burnt and casualties recorded.

According to Governor Simon Lalong, the 24 hours will come into force from 4 pm, today Wednesday 25th August 2021 until further notice.

The proactive decision became necessary following imminent threat to lives and properties within the local government area and the need to forestall the breakdown of law and order. It will also enable security agencies to deploy appropriately to maintain security as they search for the attackers of the villagers continues.

The governor has appealed to the citizens of Jos North to cooperate with the government by abiding by the 24-hour curfew commencing 4 pm, 25th August 2021, as security agencies have been mandated to ensure that those who violated the curfew are arrested.

Also, the 6 pm to 6 am curfew in Jos South and Bassa LGAs still remains in place until further notice. Only people on essential duties such as health personnel, journalists, fire service and para-military and others, are to be exempted from the curfew but should carry means of identification with them at all times.

The governor is calling for calm as he is seriously grieved by the attacks. He again sympathises with the victims but wants them to show restraint and allow the government to handle the matter to disallow hoodlums from taking advantage of the unfortunate situation to cause mayhem and destruction in the state.

Meanwhile, aggrieved members of the affected community have deposited some corpses of those killed at the Little Ray field government house to protest the killing of their loved ones.

In spite of the huge investment in the water sector by the government and international organisations, water scarcity has grown to become a perennial nightmare for residents of Abeokuta, the Ogun State capital. This report x-rays the lives and experiences of residents in getting clean, potable and affordable water amidst the surge of COVID-19 cases in the state. Plateau killings: Over 36 killed again as govt re-imposes 24 hours curfew

MCSN settles rift with Multichoice on distribution of musical works