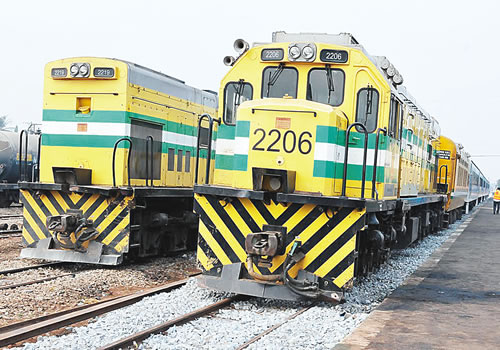 Worried by the quantum of agricultural products that are lost owing to the length of time it usually takes before they reach various long-distant markets, transport experts, mainly drawn from the rail sector, and farmers in the country, have taken steps to end current post-harvest losses through rail system.

Part of the plans is to evolve ways of encouraging farmers to begin transporting their produce by rail so as to reduce time and cost.

The efforts are being co-ordinated by Connect Rail Services Limited, in conjunction with Nigeria Incentive-based Risk Sharing System for Agricultural Lending (NIRSAL.)

ume, noted that now that more rail projects were due for commissioning, it was expected that stakeholders begin to develop roadmap on how to key into it to reduce or eliminate current post harvest losses.

He said although the country’s rail system was not yet developed up to what it should be, the current status was significant enough to assist in reducing food losses.

Kelikume lamented the amount of money lost by farmers who had limited incentives while struggling to move their farm produce to the various markets scattered across the country.

He urged governments at all levels to consider giving specialised incentives to farmers so that they could produce more, while also expediting action in the area of provision of additional infrastructures that support food production and distribution.

According to him, without such infrastructure, farmers would keep producing more and wasting more in the process.

He said: “What stops Nigeria from exporting rice in the next two, three years, why can’t we start exporting beans?

“We have the best qualities of these foods, but we can’t do that without having efficient backbone and that is rail system,” he said.

Also speaking, the managing director of NIRSAL, Aliyu Abdulhameed, noted that every tonne of food saved and not wasted meant more revenue and guarantee for farmers‎.

He commended the collaboration to end post-harvest losses‎ and expressed hope that the conference would also assist in reducing rural-urban migration.

He stated that NIRSAL also encouraged lending to all sizes of producers‎.