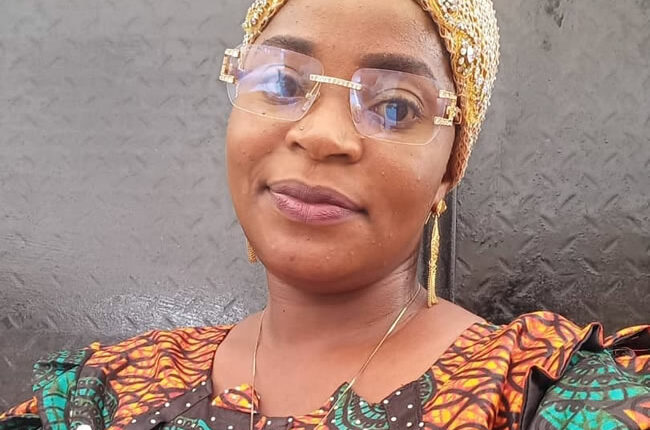 Mrs. Hammed Sekinat is not just at home with people living with disabilities, she rolls comfortably with them and lives her passion of providing them the much needed inclusion. To channel her efforts properly, she founded the Network for Inclusion of People with Special Needs (NIPSN) to help drive her vision of making people with disabilities flourish in the almost uncaring society. She told newsmen how this vision of hers came about and what she has been doing for people with special needs through the organisation. SAM NWAOKO brings excerpts of the interview she granted during one of the games of the sports competition at Ilaji Hotels and Sports Resort, Akanran, Ibadan.

How did you come about NIPSN? What brought about the idea?

I studied at the Federal College of Education (Special), Oyo. There I met and frequently interacted with a lot of people with special needs and I could see what they do and how they run their life. Afterwards, I worked with some home and then I noticed that most homes try to do something for people with special needs but they get tired. At best, they help them to about 80 per cent and there would not be any follow-up or a continuous process. With that, the 80 per cent would return to zero per cent. So, I thought when I study for a degrees I would have more knowledge on how to start up a home to push through the barrier. When I got a degree, I decided to come up with something – a project for people with disability which won governorship award. Then, I saw it was fun and people with disabilities enjoy themselves and get hope. When I returned to Ibadan, I formally started the project and came up with a network.

You have organised a sports competition – the blind football and so on – for these special people. How did that come about?

Initially, I started with a home for the people with special needs close to Ilaji Hotels and Sports Resort in Akanran, Ibadan. I noticed that these people, especially the male love football. I saw that about 90 per cent of the men love football and a good percentage of the female too. I also noticed that they were happy doing it. So, I asked ‘why don’t you do sports?’ And they were excited in replying ‘why not?’ They invited me to see what they are doing at the Lekan Salami Sports Complex and I was happy. However, I also saw that the expenses was too much for one person to bear and because of that, not many of them have the opportunity to come out. I then said I’d try my best and see how far I can go with this. I approached Chief Dotun Sanusi of Ilaji Hotels and Sports Resort and explained to him that people with disability too can play sports, that the blind can play football; and the deaf too. He was interested and asked to see and try it. He was surprised that the blind can play football. He took it upon himself to sponsor a yearly sports competition we now hold annually. Many of the people with disabilities tell us that the three days are usually the best of the year for them. They say those are the days they exhibit the strength in them.

Aside sports, what do you do with the people with special needs in the home?

Aside sports, we do vocational training. We also have a school where they are given formal education. Then we also organise occasional empowerment programmes where we gift them tools and procure for them some of the things they need for their craft. That’s the ‘home’. In these areas, we seek that more well-off Nigerians would join hands with Chief Sanusi to improve what we are doing for these people. It would be really nice; that would encourage us the more and also encourage them.

It is the contention of one of your sponsors, Chief Dotun Sanusi said you were thrown out of the home where you were. What happened? Who threw whom out and from where?

There was a time we had issues over where we keep the people with special needs. It was a location in Ibadan where they lived. The owners of the property said they could no longer cope with people with disabilities. It was just like that and we were suddenly out of place. When the issue dragged, I was even arrested by the police at some point on the issue. The police asked why I was keeping people with disability in a home, that the owner of the house complained that the place has been labelled. There was so much stigmatization that I had to find an alternative. I decided to also bring them out the more so that people can see what they can do as a contribution to the society.

So, how did you come about the house built for them by Chief Sanusi where they are quartered now?

Someone saw what W do and how we are doing it and noted that we needed help. I was doing all I could at my own pace to the best of our ability – providing shelter for the people living with disability and so on – but the person saw the need to help us spread the word about our deeds. I was made to understand that if the philanthropist takes interest in what we a doing, he would make a substantial contribution. However, he would need to see us in action. When he saw how much we were able to do over a period of time, on our own, he decided to bankroll our activities. He has even completed a new home for us in Akanran and we are already quartered there. It’s a thing to be thankful for.

For the sports competition, how many teams participated and in what sports?

There are teams from Ogbomoso, Ibadan, Osun and Lagos. They played football.

I’m committed to raising over one million young leaders by 2030 —Ijeoma Okoye,…