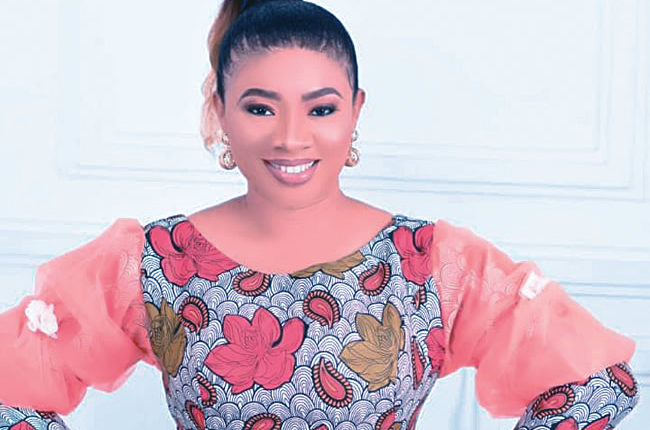 Chinemenma Umeseaka, also known as Aunty Chichi, is a journalist, a publisher, a teen coach and the Special Adviser to the Abia State governor on Teen Matters. In this interview by KINGSLEY ALUMONA, she speaks about what motivated her to become a teen coach, her teen/media programmes, how she became the an adviser to Abia State governor, and the kind of legacy she would like to leave beyond after her political office.

About 18 years ago, as a first-year mass communication student, who did you intend to become and is that who you are today?

I never wanted to study mass communication. I felt I’m not a good communicator because I was timid as a teenager. I wanted to study law, but my father said I would do much better as a media person. I was furious with him, and vowed I would secretly change to law by second year, but I couldn’t pull it off.

So, I said when I graduate and marry, I’ll still study law. But, I eventually realised I don’t need to be a lawyer to defend the less privileged. Today, however, I’m proud of my profession. With my pen, I’ve defended and rehabilitated many who’re experiencing violence, etc.

Was there any incident, during your teenage years, that motivated you to become a teen coach?

Yes. A lot happened while growing up, and it formed the greater part of who I am today. I’ve a lot of bad experiences growing up. The major part was the constant molestation by family and friends, even before I turned 10 years. It affected me psychologically. Unfortunately, I never had anyone to confide in.

That was when I decided that when I grow up, what I needed and who I needed as a teenager, I would become to the younger generation. I became a teen coach officially and professionally in 2012. But, before then, I volunteered for another organisation for seven years, where I garnered a lot of exposure and experience.

You are the Special Adviser to the Abia State governor on Teens Matters. How were you nominated for the job?

I was recommended and nominated by the former commissioner of education, Professor Mgbeoji, because I donated 10,000 text books to his ministry in 2016. I was living in Lagos then and I got the books from Pearson Education. I had been getting the books from Pearson for a while, and I opened libraries in Makoko community. I donated some of the books to schools in Lagos—Eti Osa and Oshodi LGAs, and also in Abia State. I donated books to over 100 schools across the country.

After a while, I decided to send books to the ministry of education in my state. I wrote to the commissioner and he obliged me. After the donations and handover, I returned back to Lagos. In 2017, Professor Mgbeoji recommended me to our governor and the rest, they say, is history.

How does your office assist Abia State government in handling juvenile delinquencies across the state?

I hear people mock my job like it’s some joke to prioritise our teenagers. I’ve been able to work with different stakeholders in the state to represent the interest of my governor and his wife. My governor is deeply interested in teenagers’ welfare—he always talks about how his teen years were significant to who he is today.

I’ve used my office to campaign and advocate the importance of education, both formal and informal. I’ve worked with NDLEA to speak against drug/alcohol abuse and addiction. I’ve been able to stand up and fight for the abused and the molested in our society. I’ve gotten justice for them and rehabilitated many of them. I’ve spoken against FGM, domestic violence against house helps, etc.

What ways do you think the media could be used to hold the government accountable to young people?

The media is making and unmaking us. Media houses and personalities shouldn’t join the bandwagon of fast and fake news. We need to stick to our ethics of reporting verified news. We need to seek newsworthy cases surrounding the youth and teens, and project them without filtering them, so that the government would understand the depths.

For instance, it was until rape, teen pregnancy, child marriage, etc., went out of hand that most media houses started throwing their weight on them. But, some of us have been talking about it for a long time. Let’s use our platforms, including social media, to tackle these issues and to remind government of their work.

You run a radio show and a magazine. In what ways do you use these media to champion the course of young people?

I run live radio shows on 92.3 Inspiration FM, Lagos; on 94.9 FLO FM, Umuahia; and on Inspiration FM, Uyo (though Uyo show stopped during the COVID-19 period, I’m yet to resume it). I also run a TV show that airs on AIT. The shows are called ‘Teen’s Time with Chichi’ both on TV and on radio, while the magazine is called 9INETEEN.

Everything I do is for and with teenagers and young adults. In my magazine, some of them have columns and are given the liberty to express themselves and to showcase their skills and talents.

There is a saying that young people are custodians of the future. With the economic and political situation in Nigeria, do you believe in this saying?

Yes, I do. As a parent, I’m not only going to bequeath wealth to my children, but most essentially to transfer tangible family values—our cultures and beliefs—to them. What we should be giving to our future leaders should go beyond economic and political positions, to deep-rooted values that’ll enable them sustain whatever it is we’re handing over to them.

If you were to recommend a bill to the Abia State Assembly on teen matters, what would the bill be about?

The bill will be about ‘Reproductive Health and Teenage Pregnancy’. I’ve been handling a lot of teen pregnancies, and we should start doing things differently about them. We need to start early enough to teach sex education in our schools. It should be a major part of our school curriculum.

What is your greatest milestone since you resumed office as your governor’s teen adviser?

Permit me to mention three. First, is the One Day Governor of Abia State, which gained momentum and encouraged our students to strive for academic excellence, because it’s the major criteria for selection. Two, was the skill training I organised in 2017 and 2018. It was termed ‘9ineteen Hub’, where over three thousand teenagers and young adults were trained in twelve different skills. This project still remains one of my highlights, because a lot of our teens are self-sufficient because of it. Third is a girls’ event I organise every 11th of October in partnership with the wife of my governor.

Which government teen project are you currently working on?

I’m working with the right stakeholders to enforce the Violence Against Persons Prohibition (VAPP) Act that was recently signed by my governor. The project is in partnership with the wife of my governor.

If you were to have a political ambition, what political post would you vie for?

Sincerely, I never planned to be in government and I’ve not bothered to think further than where I am now, even though a lot of people try to prophesy for me about higher positions. However, I’ve always envisioned a diplomatic appointment as an ambassador of Nigeria to another country. I think this’s really what I wish for. In fact, I want to be the youngest ambassador. I believe it’ll happen.

Which kind of legacy would you like to leave beyond at the end of your work as an adviser to the governor? And where do you say yourself ten years from now?

The legacy I want to leave behind is the awareness of the fact that every teenager matters. They should be seen as an integral part of the society. I hope to build a rehabilitation centre for teen girls in my state, more like a borstal home for girls. We don’t have that in Southeast.

Ten years from now, I see myself owning television and radio stations and printing press, and all will be centred on teenagers and young adults—creating massive contents for our young ones. I’ve what it takes to give them something better. But I’m hoping the resources will come soon.

How do you manage your many engagements with your family demands? And how do you relax when the stress builds up?

I married a fantastic husband who has learnt how to allow me to do my work without mounting much demands on me. He helps me a lot with my paperwork. His opinion matters to me. Also, my mother-in-law helps if I need to travel for any engagement.

How do I ease off on stress? It’s not easy, but thankfully, I’m doing what I love. So, most times, it doesn’t feel like I’m stressed. However, spending time alone, listening to music, helps me a lot. Also, spending time with my family is a great way to relax. Exercise helps too. I watch documentary series on Netflix or football on TV. And, of course, I’m a Chelsea fan.