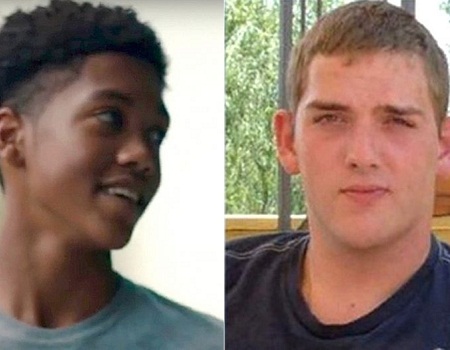 A Pennsylvania police officer was charged with one count of criminal homicide in the shooting death of a 17-year-old boy in East Pittsburgh who was fleeing a traffic stop, according to court records released Wednesday

The charge against East Pittsburgh Police Officer Michael Rosfeld is in connection to the June 19 shooting death of Antwon Rose Jr.

Allegheny County District Attorney Stephen Zappala will hold a press conference at 11 a.m. where more details are expected to be released.

On Tuesday, police made an arrest in a drive-by shooting that started a chain of events that ended with Rose’s killing. The teenager under arrest was with Rose the night he was shot by police, authorities said.

Investigators say Rosfeld stopped a car carrying Rose and two other people because it matched the description of a car reported to be involved in a shooting about 15 minutes earlier in a nearby town.

As the officer took the driver into custody, a video posted to Facebook by a bystander showed Rose and the other passenger running away.

The officer quickly fired three shots, all of which struck Rose, who later died at a hospital from his injuries. The medical examiner has not said where the teen was struck.

Rosfeld had been on duty in East Pittsburgh, Pa., for three weeks and was only sworn in fewer than two hours before the incident, although he has been an officer in the region for seven years, according to KDKA-TV.

Rosfeld had previously worked in Harmarville and for the University of Pittsburgh Police Department. He was placed on administrative leave as per protocol while county police conduct an independent investigation.

In the days since Rose, a Woodland Hills High School honours student was fatally shot, marchers have demonstrated almost daily. They refrained from protest Monday, as Rose was laid to rest, out of respect for his family.

Investigators have not said whether they believe Rose had any involvement in the earlier violence that left one wounded. Two guns were recovered from the car they were riding in, and an empty gun magazine was found in Rose’s pants pocket.

FG’s ban on codeine has strengthened our operations, says NDLEA