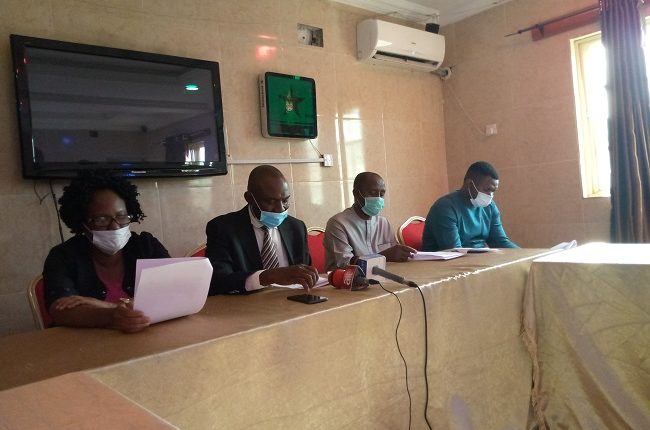 Pharmacists Council of Nigeria (PCN) has sealed off no fewer than 266 pharmaceutical shops and patent stores in Ekiti State for allegedly contravening the regulation guiding the sale of drugs.

Also, six pharmacies according to the body that breached the PCN’s code would be prosecuted to protect the ethical practice of the profession and safeguard the health of the people.

The PCN Registrar, Dr Elijah Mohammed who spoke with newsmen in Ado-Ekiti, the state capital after the body’s enforcement team visited some drug selling premises in the state, revealed that they visited towns like Ifaki-Ekiti, Ayetoro, Ikole, Ado, Igede, Aramoko, Oye, Ayegbaju Iworoko, Ilupeju, among others.

The Registrar, represented by PCN’s Director of Enforcement, Mr Stephen Esumobi, said, “At the end of the enforcement exercise, a total of 409 premises comprising 37 pharmacies and 372 patent medicine shops were visited.

“A total of 266 premises made up of 12 pharmacies and 254 patent medicine shops were sealed off for operating without licences, dispensing ethical products without the supervision of a pharmacist and for poor storage and sanitary.

“Six Patent Medicine vendors were arrested for breaking PCN’s seals and they will be charged to court when investigations are concluded.”

Mohammed regretted that many of the medicine outlets in some parts of the country don’t have Pharmacists to handle ethical medicines in their premises, saying this has resulted in irrational dispensing of drugs, causing treatment failures and dire effects on patients.

He disclosed that many of the illegal medicine outlets were sources of illicit drug supplies to criminals in many parts of the country who carried out their nefarious criminal activities under the influence of hard drugs.

“These unregistered medicine outlets have contributed in no small ways to the adverse security situation in some parts of the country because they are sources of supply of substances of abuse to various people with criminal tendencies who carry out their activities under the influence of these drugs.

“In order to address this challenge, the PCN had been engaging drug dealers, educating them across the states on the need to operate in line with the government regulations.

“The council had also stepped up enforcement activities across the country with the aim of ensuring that illicit drugs dealing are not allowed in the system,” he said.

On how the offenders were being prosecuted, Mohammed said, “PCN lodges complain and offenders are prosecuted by the Attorney General of Federation in the state where the offence was allegedly committed. On the offenders apprehended here in Ekiti, we are going to take appropriate steps to ensure diligent and speedy prosecution”.

“A check conducted shows that most of the drugs in circulation are genuine, they are not fake but had been degraded by poor and unprofessional handling by some drug sellers. We are having poor drug handling making the drug ineffective and causing serious harm to the kidney and other body organs of our citizens.”

I have phone number, picture of policeman that broke my spine, man tells Lagos panel

We are losing N19.3m monthly to ghost workers ― Ekiti govt