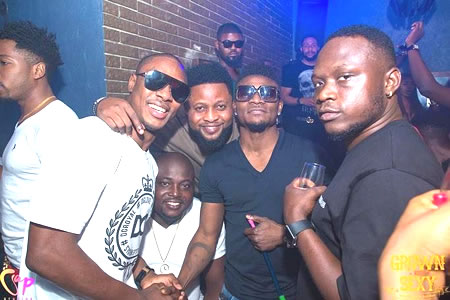 Super Eagles goal poacher, Odion Ighalo was in party mood a few days ago. The striker, who announced his retirement from the Super Eagles after the AFCON competition in Egypt, where his team clinched a bronze had an exciting moment upon his return to Nigeria.

Ighalo, 30, took Lagos by storm recently as he joined another ex-footballer, Obafemi Martins for a night of fun and excitement.

The two friends, who had to their records some amount of goals for their country, combed a number of highbrow hangouts on the Island where they had some thrilling moments.

Ighalo, who won the golden boot after scoring the highest goals in the just concluded Nation’s Cup had 35 appearances for Nigeria and scored 16 goals.

Should couples have separate rooms/ beds?