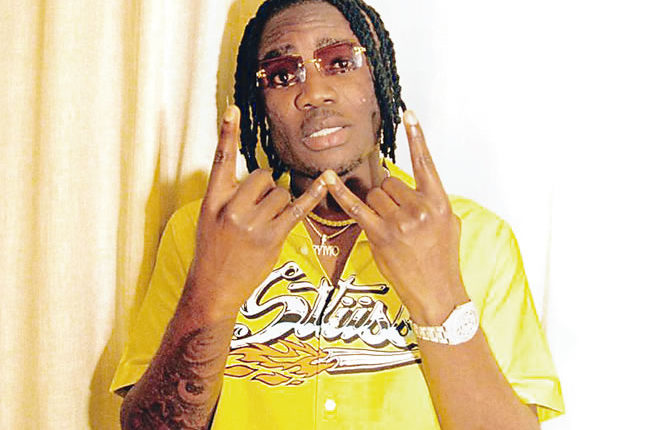 The year is starting to look good for pop singer and songwriter, Pabrymo as his album, Estacy is currently adding up the numbers on all digital platforms, making the artiste one of the most sought-after on the music scene at the moment.

The music industry may be peopled with talented artistes as competition remains rife, the singer insisted that he was unbothered by the growing number of music stars trying to find their voices and that he would keep his fans entertained all through the year.

Pabrymo who is signed under Woke Entertainment has been a recurring name in the music industry as he continues to build his brand and showing his fans why they should keep banking on his music.

His latest body of work was dropped in 2020 widely adjudged as a difficult year by many, but information gathered by R revealed that the EP has been raking in downloads and enjoying airplays on different platforms.

With the new year unfolding, Pabrymo in an interview with R said he could not wait to give his fans something fresh from a number of projects lined up, while thanking them for supporting his latest album as he promised to keep the momentum going.

He maintained that he would not be a one-time star who goes off the scene after dropping a hit song.

“I am glad about the dimension my music career is taking and I hope to keep the fire burning. It may not come easy, but I am gifted with all that it takes to succeed.

“My EP, Estacy, is a pointer to the fact that I am heading for the top. The EP is doing the numbers across platforms and I am super proud of the success it has recorded. Right now, the focus is to keep the music going while my team focuses on the business aspect of the job,” he said.

“My EP, Estacy is a pointer to the fact that I am heading for the top. The EP is doing the numbers across platforms and I am super proud of the success it has recorded. Right now, the focus is to keep the music going while my team focuses on the business aspect of the job,” he said.

Yoruba should be prayerful against strange spirit forces —Fabiyi