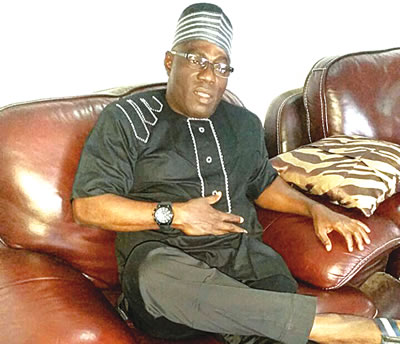 A chieftain of the People’s Democratic Party in Oyo State, Alhaji Adebisi Olopoenia, has berated protesters who thronged the Oyo state governor’s office on Thursday to protest the nomination of a 27-year old man from Ibarapa Central local government, Seun Fakorede’s nomination as Commissioner by governor Seyi Makinde.

Olopoenia, while speaking with the Tribune Online at his residence on Friday, noted with disdain, the attitude of the protesters towards the nomination of the young Nigerian, describing it as an act of idiocy which summarily portrayed the protesters as haters of positive development in Oyo state.

“The truth of the matter is that the governor knows who and who he feels capable to hold political offices. And he is at liberty to pick whoever he thinks is suitable to occupy a particular position as spelt out by the constitution.

“Aside from that, the PDP in Oyo state needs to welcome on board those who are willing to work for the progress of the state irrespective of the party they belonged and worked for during the last general elections.”

Olopoenia, further stated that: “When Ajimobi became governor in 2011, he appointed some people who were in the opposition parties when the election which brought him in was held.

“Some set of people raised eyebrow and nothing happened, Ajimobi worked with those people and heaven did not fall. So these people protesting now should go and find something productive to engage in and leave governor Makinde and his team to focus on how to take Oyo state to enviable heights. ” He said.

The PDP chieftain, also said that despite the fact that some prominent members of Buhari’s cabinet are formerly of the PDP, if he had retained the likes of former minister of Finance, Ngozi Okonjo-Iweala and former minister of Agriculture, Akinwunmi Adesina, his administration would have been really productive.

Obiano to protesters: I’ll deal with any community tarnishing traditional…