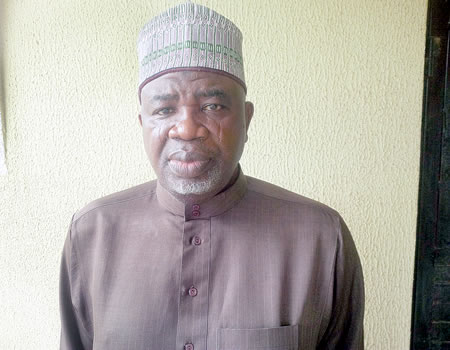 A former national president of the National Council of Muslim Youth Organisations (NACOMYO) and current chairman of the Muslim Community of Oyo State (MUSCOYS), Alhaji Ishaq Kunle Sanni, speaks with SAHEED SALAWU on issues bordering on Ramadan fast, Islam in general and the state of the nation. Excerpts:

As Ramadan fast progresses, what should be uppermost in the minds of Muslims?

A Muslim should count himself lucky if his health is in perfect condition in this month, because this means he can obtain the maximum benevolence and magnanimity of Almighty Allah. He has given us this month to seek restitution for our sins and ask for His blessings. Therefore, a Muslim should be sober and utilise this period to become closer to God. Almighty Allah tells us the purpose of fasting in Ramadan, which is for us to be pious; to be God-conscious and achieve nearness to Him. So, for every reasonable Muslim, this is the period to get closer to Allah and ask for His favours.

Against the backdrop of the fact that there is preponderance of Muslims in Nigeria, would you say the lessons of Ramadan have, over the years, reflected in our collective national life?

They have not. Nigeria is one of the most religious countries in the world but, unfortunately, we are godless. And God-consciousness is more important than religiosity. People pray, fast and do all sorts of things but at the end of the day, they commit all sorts of criminalities. A lot of awful things are happening in this country and they are being perpetrated by Muslims and Christians, things that you don’t find elsewhere in the world, even in places where they are not religious. Where else in the world do you find baby factories? Look at kidnapping. It has become a business in Nigeria. There is no other place in the world than Nigeria where people are kidnapped for ransom and the people committing this atrocity are either Muslims or Christians. I will give you a very good example. The man who took over from me as the national president of NACOMYO, Lawal Maidoki, from Sokoto, was returning from an international conference in Abuja when he was kidnapped on the Abuja-Kaduna Road. It is not the kidnapping that makes news; the newsworthy aspect of the incident is that those who kidnapped him were Muslims and for the 10 days that he was in the bush, he and his abductors were saying prayers together. They would tell him, ‘Malam! It is time for prayer’. He was in the bush with his mother-in-law, a woman of over 80 years. He said he asked them why they were saying prayers and yet doing this kind of thing, putting him and his mother-in-law in such a horrendous situation. He said they said, ‘this is business. It is different from worshipping God’. He and the woman were released after the kidnappers received the ransom.

We have religious people in Nigeria but are they godly? If you go to Saudi Arabia now, thousands of Nigerian Muslims are there, those who have stolen our money. We see them. I go there too with my legitimate money. You cannot deceive God but that is what is happening in Nigeria – self-deception. We have politicians who deceive the electorate over and over and what could the masses do when these people are running a poverty culture? When people are poor, even they lose their senses. It is a horrible situation. So, the essence of Ramadan has not permeated the totality of the lives of Muslims in this country.

Do you think that we will ever turn the corner?

Well, I am not a prophet but my belief is that it will take some time. I want to say without any fear of contradiction that in Yorubaland, you see more positivity in terms of adhering to the ethics and doctrines of Islam than anywhere else in Nigeria. This is because the young elements are doing better. They are learning about Islam and their practice [of the religion] is better. The only area [downside] to these people is their tendency to exhibit religious fervour, maybe out of youthful exuberance. Somebody does not have a beard and then you condemn him as if he is not a good person. The issue of condemnation is just the problem we have. But by and large, I see that this [Yorubaland] is the place where the practice of Islam in its pristine purity will spread across the country.

There is a general feeling of despair in the country today. What do you make of the lot of Nigerians presently?

It is a failure of leadership. But I am not a pessimist when it comes to the issue of Nigeria. Why do I say this? The present government met a mess but, unfortunately, Nigerians are very hasty, very impatient. They are not looking at where we are coming from. They thought the government that came could just perform a miracle and change everything overnight. In the first instance, they don’t have the capability to do things because we are using a constitution that is hopeless. We are practising a democracy which we got from people who have perfected their system.

But my optimism lies in the fact that for the first time in the history of this country, we have two people, who are integrity-personified, at the helm of affairs. I am talking about the president, who is sick now, because the load of financial infidelity that he saw was too much. That is the way I perceived it. But we have a vice president who is also godly. He is not a Muslim but I have a lot of respect for him. I doff my cap for him. What we just need to change is this presidential system. It is hopeless.

As the chairman of the Muslim community of Oyo State, how would you say the members are faring?

Let me say without any equivocation that we have never had it so good. The present governor of the state [Senator Abiola Ajimobi] has been doing justice with Muslims. Two former governors, who were Muslims, refused to sympathise with our cause as regards the use of hijab by our girls in public schools. They said it was fundamentalism. But the incumbent governor has helped that cause. Since 1985 when Emmanuel Alayande College of Education was established, all the principal officers had always been Christians. We went to the governor and showed documents that proved this. Then there was an interview and the Muslims were exceptional. There are so many other things that he has done for the Muslims, some of which, maybe, are not meant for the pages of newspapers, but which are very heart-warming. So, as far as we are concerned, this is the best Muslim-loving governor we have had. Our prayer for him is that he becomes more religious.

You were very close to the late Aare Musulumi of Yorubaland, Alhaji Abdul-Azeez Arisekola-Alao, what is your relationship with the successor of that great man, in the person of Alhaji Dawud Akinola?

Aare Arisekola-Alao was a legend. Alhaji Yekini Adeojo once described him to me as being from another planet. Money he did not have, Aare Arisekola-Alao would spend in order to help people. I would sit in my house and Aare would call me and ask, ‘who are those people we promised money, because I have some money here now?’ How many people can do that? We went to the house of Alhaji Rasheed Adesokan, very brilliant, idealistic man, and then we were discussing. We were having a cross-fertilisation of ideas on who was going to be the next Aare [Musulumi of Yorubaland]. Somebody said who was going to enter Aare’s shoes. He [Adesokan] said, ‘Which shoes? The man went with his shoes’. He said, ‘You can’t find another Aare in this generation’.

The new Aare Musulumi, Alhaji Akinola, has his own nature. But I have to say that initially, it was not rosy at all. He thought we opposed him when he emerged but we were only opposed to the process [which produced him], because there were not wide enough consultations. He misunderstood our protest to the Chief Imam [of Ibadanland]. I did not have a candidate and Allah chooses leaders. It is Allah that picked him. His emergence was destined by Allah. A lot of people only knew him as belonging in the business circle and not well into Islamic activism. But by and large, I can say that we have seen changes in him. He is giving vehicles to organisations and attending programmes. He is improving but he cannot become Arisekola. The iftar he [Akinola] hosted for the Muslim Community of Oyo State last Sunday was meant to ensure that there is a rapport between us. Some people were trying to create dissention between him and Muslims in Oyo State but as time went on, he started to realise that the stories he was being told were not true. Professor Rashid Aderinoye [immediate past Executive Secretary of the National Commission for Nomadic Education] played a noble role in forging an understanding between us and now we are friendlier. And I am sure we are going to build on that friendship. So, we are on the same page with Alhaji Akinola and we want to build on our relationship, insah’Allah.

History of the management of the Kaaba

Continue to be agents of peace, unity in Nigeria, NSCIA charges Muslims