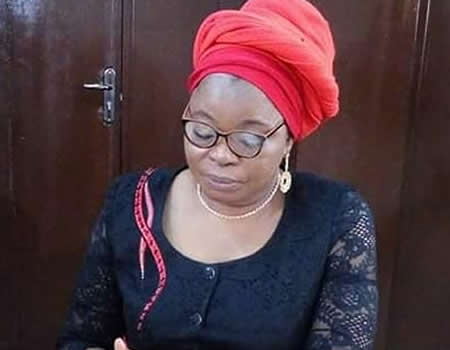 The Oyo State Governor, Senator Abiola Ajimobi has approved the appointment of Mrs Amidat Ololade Agboola as the new Head of Service (HoS) of the state Civil Service effective from Friday May 24, 2019 following the voluntary retirement of the present HoS, Mrs. Olawumi Ogunesan, which took effect on Thursday, May 23, 2019.

The Secretary to the State Government, Alhaji Olalekan Alli urged the new HoS to uphold the tenets of the strong traditions of the civil service and remain committed to welfare of both the public and civil servants.

The new HoS, Mrs Agboola joined the public service of Oyo State as an administrative officer in 1988 and held various positions of responsibility across the service until her appointment as Permanent Secretary in March 2015, in the Ministry of Youth and Sports.

She attended Queens School, Ibadan (1975 – 1981) for her secondary school and holds the Bachelor of Arts (Hons) as well as Master’s degrees in History and Public administration from Obafemi Awolowo University, Ile Ife in 1985 and 2008 respectively.