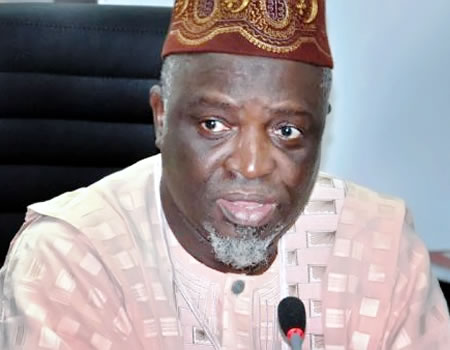 The Joint Admissions and Matriculation Board (JAMB) has doled out the sum of N125 million to five tertiary institutions which were outstanding in their performances in terms of processes admission of candidates.

The awards were conferred on the winners by the Vice President, Professor Yemi Osinbajo on Thursday in Abuja, each institution receiving N25 million.

While University of Ilorin, Ilorin, emerged the most subscribed institutions by candidates with 86,401 candidates, the most national institution in terms of spread went to Kaduna Polytechnic, Kaduna with intakes of 0.25 (1/400) from 36 states of the Federation.

Ahmedu Bello University, Zaria, won in the category of the institution with the highest number of admission of international students with intakes of 37 foreign students.

The most improved institution over the previous year in intake of female students went to Rivers State University of Science and Technology, Port Harcourt, while the most compliant institution in keeping with the guidelines, rules, and regulations of admissions went to University of Maiduguri, Maiduguri.

Osinbajo who was represented by the Special Adviser to the President on Social Investment Programme, Maryam Uwais, said it has been empirically proven that the future of nation could be premised on who and what obtains in the tertiary institutions.

He said this involves the teachers, students, curricula, environment, and other key components, saying the role of JAMB in the selection of candidates for admission by tertiary institutions was critical to the government.

He insisted that the normal standard in teaching, learning, curriculum, and assessment must be present in every tertiary institution in Nigeria.

Minister of Education in his remark, said the merit award to institutions that performed excellently in their admission exercise should be seen as a reward for hard work and transparent process which every institution should aspire to achieve.

He commended the Registrar of JAMB, Prof. Ishaq Oloyede for instituting the reward system that would create healthy competition among the institutions, stressing that the nomination for the awards must be fair and unbiased.

Oloyede, said in a bid to sustain the tempo and encourage institutions that have performed creditably well in the admission exercise as allowed within the ambit of the law, the board in 2017 policy meeting chaired by the Minister of Education, Malam Adamu, announced plan to institute merit award for excellent performance during the conduct of admission exercise.

He added that board approved five award categories and prizes with effect from 2018 admission exercise with each institution smiling home with N25 million, adding the board hopes to upgrade the prizes to N100 million next year.