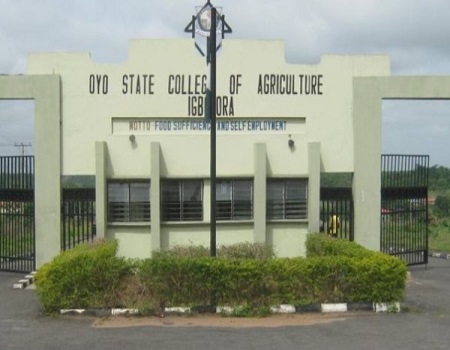 He warned students to desist from cultism and examination malpractices and any form of vices, which according to him attract suspension or expulsion of the students as the case may be.

The acting rector said the institution detest and frown at indecent dressing, sexual harassment, drug abuse, prostitution and any form of vices that capable of destroying the good image of the institution.

The certified soil engineer who was flanked by the Deputy Rector, Dr Ariyo Okunlola and the Registrar, Mr Niyi Fehintola and other management team commended the state government for financial support for the school and prompt payment of salaries of its workers but however urged the state government to expedite action on the renovation of infrastructural decay in the school.

Adekunle further assured the parents that the institution has concluded plans to begin collaboration with the French agencies on curriculum development and staff training.

“I wish to use this opportunity to remind the students that the college has zero-tolerance for examination misconduct and other related vices. As an institution, we detest and frown at indecent dressing, sexual harassment, drug abuse, prostitution and other embarrassing activities,” he said.

Commending the governor Mr. Seyi Makinde on his giant stride in education sector, Adekunle said; “I wish to commend the Oyo state government and the governor on its efforts at resuscitating of the lost glory of Oyo state in the area of Agriculture. Let me reiterate that Oyo State College of Agriculture and Technology, Igboora is well-positioned to be a worthy partner with the Oyo state government in providing agricultural training for youths in the state.”