THE Association of Nigerian Authors (ANA), Oyo State chapter, has elected new officers to direct the affairs of the association. The election of the new officers took place after the 2020 state convention held at Room 32, Faculty of  Arts, University of Ibadan (UI), Ibadan, the state capital.

The electoral committee which was chaired by Mr Ayo Opakunbi, has Miss Phil Nwoko, as secretary. 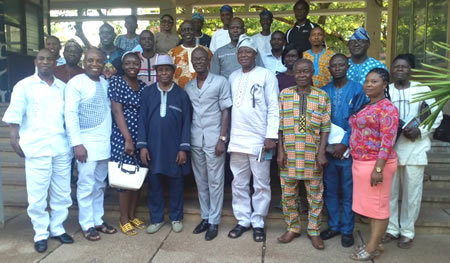 Meanwhile, a former state chairman of the association, Dr Solomon Iguanre, commended the electoral committee and congratulated the newly elected officials urging them to be honest in the discharge of their duties.

The new chairman restated his commitment to serve the association and promised to run an inclusive administration.