Oyetola presents staff of office to new Ogunsua of Modakeke 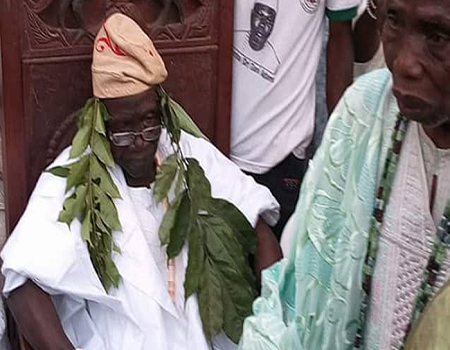 Speaking during the official presentation of staff of office and instrument of appointment to the newly-appointed Ogunsua, Oyetola stated that his administration recognises the important roles traditional rulers play in the society.

He said traditional institution represents the symbol of Yoruba men and women stressing that royal fathers in the region serve as the rallying point as well as custodians of our great tradition and culture.

He, however, urged the traditional rulers to continue to play their roles as fathers of all and continue to partner with the government in its quest to bring development to every part of the state.

While admonishing them to exemplify the Omoluabi ethos of the state in their conduct and carriage at all times, Oyetola appealed to all sons and daughters of Modakeke at home and in the diaspora to re-dedicate themselves to efforts which will promote the growth and development of the community as the government and their monarch cannot do it alone.

He also charged the newly-installed Ogunsua of Modakeke, Oba  Oyediran, to support the efforts of government in the maintenance of peace, security, law, and order in the community, saying he should work with the various security agencies and the council chairman to ensure that the lives and property of the people are safe.

The Alaafin of Oyo, Oba Lamidi AAdeyemi was represented at the installation ceremony by Basorun of Oyo, Chief Ayoola Yusuff Akinade.

Why I restructured 20 ministries in Osun ― Oyetola