Mr Goke Omigbodun, an architect and former chairman of the Osun State Property Development Corporation, is the deputy chairman of the Social Democratic Party (PDP). He speaks with MOSES ALAO on the pact between his party and the All Progressives Congress (APC), which led to the victory of Governor Gboyega Oyetola and its implications on the polity of the state. 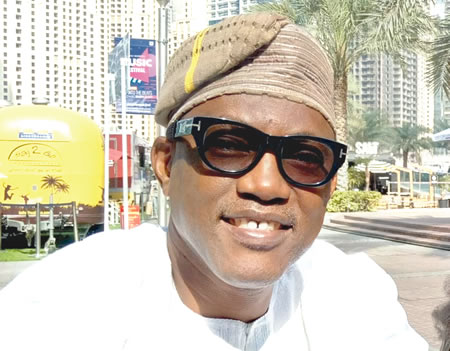 Following the declaration of Osun State governorship election as inconclusive, your party went into a coalition with the APC, which led to the victory of the APC in that election. Now how would you say things have been so far in terms of the implementation of the agreement you reached?

The understanding was more in form of discussion before we had a bit of documentation about it. But in the memorandum of understanding, what we put forth are those things in the manifesto of the SDP that we felt that if Senator Iyiola Omisore emerged as the governor, they would be the things that he would do with the government of the SDP in Osun. Well, since it turned out that he didn’t become the governor, we still took the thing forward. One, people in Osun were complaining seriously about capital flight and the fact many of the political appointees were either non-indigene or non-resident of Osun State. As at the time they were given the appointments, some of them were coming to Osun for the first time. So we put this across to both the candidates of the PDP and the APC then. The people who spoke to us on behalf of the candidate of the APC assured us that the things we put forward would be looked into and that people on ground who had been part of Osun all their life, not only as indigenes but also had been there, would also be carried along in the development and the administration of the state.

We put across to them that salaries were not being fully paid by that time, and if they were paid at all, it was what was called modulated salary. There was an agreement the government of that time had with the civil servants as to how those salaries would be paid, which didn’t make it possible for any civil servant to earn the full salaries and emoluments as at that time. But good enough, before Governor Rauf Aregbesola left office, he started paying the full salary. But we were even afraid that perhaps it was a gimmick. So we put it as one of the things that we needed to discuss with the candidate then who is now Governor Gboyega Oyetola. But it was his representatives that discussed with us. All of you know that at that time that the APC national chairman, Adams Oshiomhole was part of the contingent; Governor Kayode Fayemi and Governor Abdullahi Ganduje were also part of the contigent. President Muhammadu Buhari himself spoke on the phone with Senator Iyiola Omisore. We wanted a situation whereby salaries would be sufficiently paid in full, and it was agreed. And the third issue that of gratuity and pension for retired civil servants. Again, there were a lot of complaints. I remember the meeting we had with the pensioners, and the pensioners were very specific about requiring their gratuities to be paid, backlogs of gratuities of those who have retired for quite some time. So we put those things across to the APC, and they assured us that there was no problem. We also put across to them that apart from the discussion about appointment, we want patronage for local artisans, professionals and traders in the economy of the state. They assured us that the patronage of local artisans and professionals, local architects, local engineers, local building contractors, local tailors because would be considered.

Now these assurances, how well have they been executed in the last few months of the APC government?

We have observed that ever since the immediate past governor, Rauf Aregbesola started paying full salaries, it has been sustained even by Governor Oyetola. Those salaries, perhaps not timely, are regular. They may not get it at the end of the month, but at the middle of the month, there is something to collect. That’s the regularity I’m talking about. I am sure something would be done over time, because the journey of a thousand miles starts with a step. So I’m sure something will be done to go beyond being regular to being timely at the same time. I think that is a good move in the right direction. And honestly, we appreciate that because to us, that is keeping the promise with the SDP…

What about the issue of capital flight and the issue of making sure that local artisans and others are patronised?

There is a limit to which we can track that now because we are not yet part of the government in terms of appointment. So I cannot speak authoritatively for the government of Osun. I can only speak as a citizen of Osun and I can speak about what I have observed. I may not be the right authority to discuss the issue of capital flight. In fact, we are still looking forward to a situation whereby the APC will also appoint some of our people into the government. By the time one or two of our people are appointed into the government, they will be able to tell us what is happening in government beyond what the governor’s media aide or commissioner for information will be telling us.

At the period that the agreement was reached, a lot of things were in the media. People said a lot of things about the two parties reaching an agreement about handing some House of Representatives’ tickets to the SDP as well as giving the party a number of appointments in the government. No member of your party was given a ticket in the APC, and on the issue of appointments, some appointments have been made so far, and no member of the SDP has been part of them. Are you not jittery that the APC might have jettisoned the agreement with your party?

Well, I was not privy to the discussion about appointments. As I hinted earlier, anything I was not privy to, I will not want to discuss. On the slots for the House of Representatives and the Senate, I was part of agitation on the part of the SDP to demand for such slots. But I was not part of the formal decision as to whether they were agreed upon or not. On whether we are concerned about appointments or not, especially since appointments are already being made, certainly we are concerned. We are concerned about our many people that agreed that we should team up with the APC by using our votes as the tie-breaker. You know when you have a meeting and you have a head and the house is virtually equally divided during a voting exercise, that head usually has the deciding vote. Let us call the vote of the SDP in this matter the tie-breaker, because the PDP and the APC had a difference of about 300 votes at that time and we had 128, 000 votes and some of the particular polling booths that were affected in the rerun happened to be in the area of strength of the SDP. So, they needed to get the support of our people to go alongside whichever of the two parties we eventually support. And so we carried all the people along and part of what we assured them about in carrying them along was that the government of Osun State will be both the government of the APC and the SDP. So till date, I am not aware of any member of the SDP that has been appointed into any office. So if you ask me if we are jittery, yes, we are concerned; I am not going to use the word ‘jittery.’ We are concerned because we started off having meetings of our party with the APC and we can only hope that such meetings will now continue. We are concerned because we have made promises to our members at the grassroots. And from my observation from afar of Governor Oyetola, I believe he would want to keep promises made on his behalf by the leadership of the APC. Whether he was directly privy to those decisions when they were being made or not may not be the issue now, because he carries the precarious liability as the utmost beneficiary of that memorandum of understanding. So, it is incumbent upon Governor Oyetola now to recognise some of the terms of the memorandum of understanding. If he needs to confirm with those who are privy to the memorandum of understanding, let him do it. My own chairman, Dr Bayo Faforiji led our contingent while Gboyega Famodun led the APC contingent and we held one or two meetings. Beyond that, we have been cooperating. Our cooperation was crucial to the emergence of President Muhammadu Buhari with the volume of votes that he got from Osun. I must also remind you that the acting national chairman of the SDP, Professor Tunde Adeniran, also issued the directive from the national secretariat that we should support the APC in the presidential election. So, that was why we were deeply involved in the emergence of President Buhari even after the emergence of Governor Oyetola. I think one good turn deserves another.

Opelope Anointing gives back to her root today