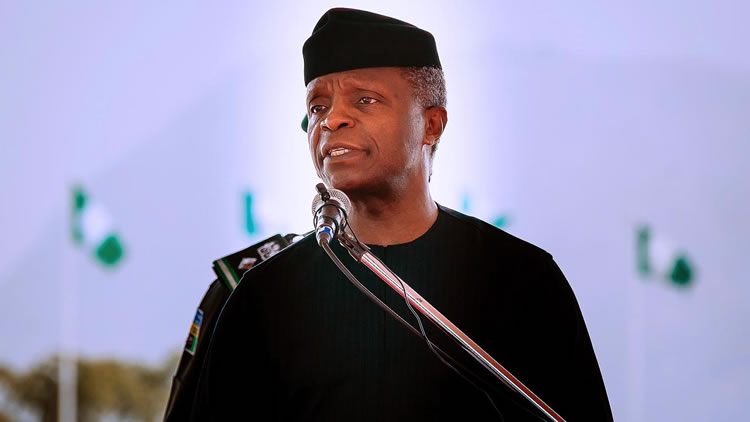 Speaking, on Monday, in Abuja at the Book Presentation with the title “Politics that works” Osinbajo said why it has been difficult for beginners especially young people to succeed in politics in Nigeria was because money plays a major role in the country.

“The problem in politics is money, money has a big role to play in politics. He who has money tends to move faster and control structures.”

Osinbajo who acknowledged the importance of grooming the younger generation to take over from the old leaders tasked the Youths to be willing to serve as an avenue to gather experience.

“If you serve in one capacity or the other, you will get the needed experience to perform better in your future endeavours. Every country deserves good leaders,” he stated.

The former Governor of Edo State, ComradeAdams Oshiomhole on his part said youths has failed the country over the years.

He gave an instance that former Head of States, Gen Yakubu Gowon and other young leaders Nigerian had subsequently were intoxicated with power and that impacted the country negatively.

Oshiomhole also stated the in 1999, most of the governors that emerged were young people but many of them were party freaks and also did not performed well.

He said performance should be considered over age factors.

The Co-Authority of the Book and Special Advisor to the President on Political Matters, Sen. Babafemi Ojudu said Nigeria is ripe for transitioning, “the appetite of the nation is sharply changing and craving more youthful innovation and good governance.”

In spite of the huge investment in the water sector by the government and international organisations, water scarcity has grown to become a perennial nightmare for residents of Abeokuta, the Ogun State capital. This report x-rays the lives and experiences of residents in getting clean, potable and affordable water amidst the surge of COVID-19 cases in the state… Osinbajo laments money power in Nigerian politics