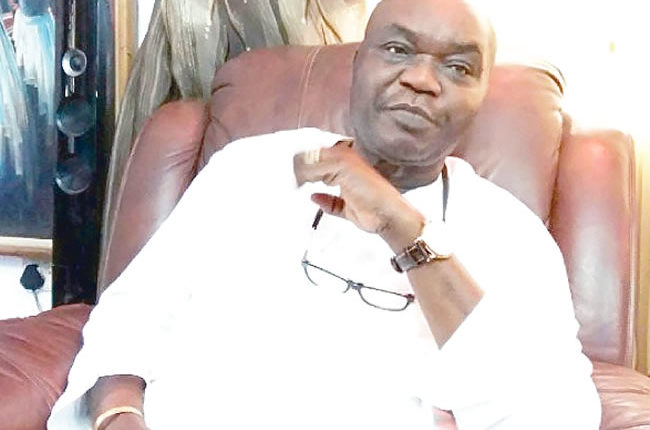 The immediate past Special Adviser on Political Matters to Comrade Adams Oshiomhole, while he held sway as the Governor of Edo State, Hon Charles Idahosa, on Wednesday, cautioned politicians to cultivate the act of listening more to their followers so as to avoid the pitfalls in politics.

Idahosa who also served as the Commissioner for Information in the administration of Governor Lucky Igbinedion, gave the admonition at the unveiling of a book he authored.

The book, titled, “The Fall of The Last Godfather” was presented to the public by a retired broadcaster, Mr Ogie Ogedegbe, alongside the electronic version of the book, a compendium of the interviews and speeches made by the author in the heat of the political crisis which engulfed the Edo politics toward the end of the first term of the incumbent Governor Godwin Obaseki.

The Edo political leader explained that “The Fall of The Last Godfather” was his modest contribution to the library of political happenings in the country.

“The Fall of The Last Godfather,” Ogedegbe noted, is the author’s contribution, not just to knowledge, in general terms, but particularly to enrich our political library and enhancing our Democratic Development.

“It is an advisory to political leaders, on the need to learn to listen and not just to the soothing or ego messaging words of their acolytes who maybe acting in their self-interest. Equally, leaders must learn to listen to some times, discomforting voices from the other side, especially from a strong voice,” he said.

Another reason advanced for authoring the book, the presenter added, “is to advance knowledge and not for pecuniary reasons, as leaders must learn to listen first before they take decision and action.”