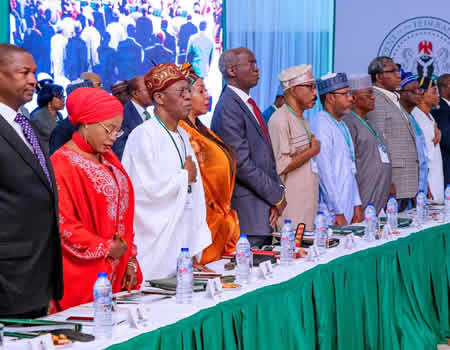 President Muhammadu Buhari on Wednesday in Abuja inaugurated his new cabinet with a majority of the re-appointed members of his first term cabinet retaining their posts.

Some other members of the old team who returned either had their jobs trimmed or got a raise in their responsibilities.

Abubakar Malami retains his post as Minister of Justice and Attorney-General of the Federation and Mr Babatunde Fashola keeps the Ministry of Works and Housing without the Power segment.